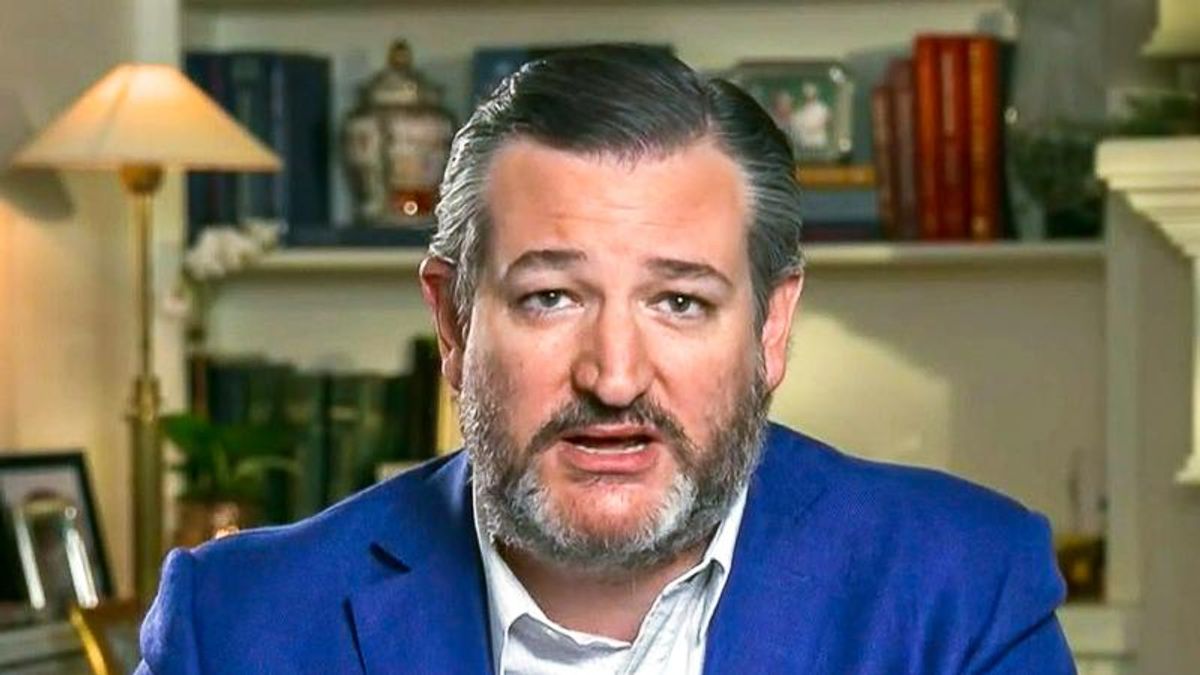 A former aide to Sen. Ted Cruz (R-TX) bashed his decision to fly to vacation for a family vacation in Cancún.

Rick Tyler told MSNBC's "Morning Joe" the entire episode was inexcusable -- from the initial decision to travel to Mexico while Texas endured a historic winter storm to each phase of his reaction to widespread condemnation.

"In the very sophisticated world of political communication this is what you call a dumbass move," Tyler said. "There's no excuse for it. It's really remarkable that in moments that require leadership, like leadership in a disputed election, like leadership in a pandemic, and leadership in a manmade and natural disaster in Texas -- Texas is losing $3 billion a day because of the incompetence of the management of the power grid, and that was foreseeable. We have known that for 10 years."

Tyler isn't buying the senator's excuses for the trip, either.

"During that crisis where people don't have electricity and they're told by the state to boil water that doesn't even come out of their faucets, you decide to get online, book yourself a ticket to a first-class resort in Cancún, and then get on a plane, and after you order your first glass of wine in first class, you decide, and this is Sen. Cruz's statement, that something doesn't feel right about this," Tyler said. "Maybe this is the wrong thing to do, and then Ted Cruz did a really horrendous move. He blamed his mistake on his children. Nowhere, I can promise you, did a 10-year-old and 12-year-old say, 'Daddy, I know you have important obligations as a senator but we want to go to the Ritz-Carlton in Cancún this week and you're going to take us,' and he would succumb to that."

"I promise they didn't ask to go to Cancún," he added. "This is Sen. Cruz's move, and he comes back and suddenly he wants to have a reset and put it back together. This is gross, negligent, reckless incompetence."