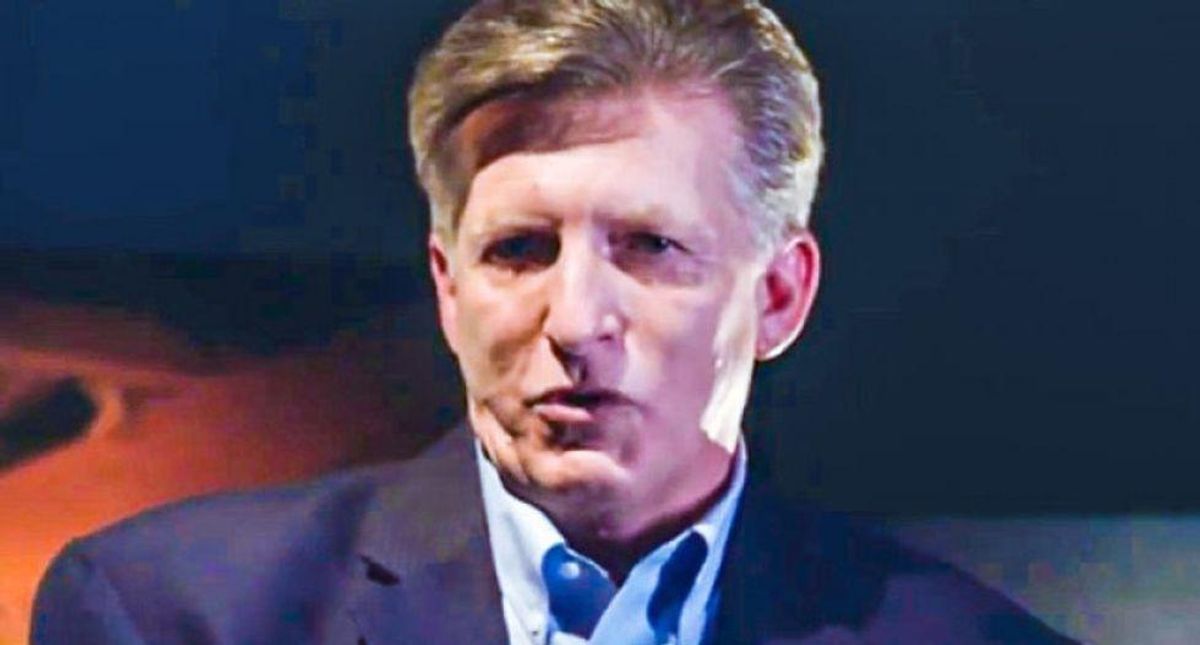 Far-right Christian talk show host Rick Wiles has been hospitalized after contracting the novel coronavirus, less than a month after he said he would never get vaccinated.

Right Wing Watch reports that Wiles's TruNews website announced over the weekend that Wiles had come down with COVID-19 and was placed on oxygen while in the hospital.

Wiles last month told his audience that he was not getting vaccinated against the virus because he believed the vaccine was being used to commit a "genocide" that would wipe out hundreds of millions of people.

TruNews, perhaps sensing that news of Wiles's hospitalization would make his critics gleeful, warned of eternal damnation for anyone who is taking joy in his suffering.

"Already, the naysayers and mockers have started with their taunts," the website said. "Let them speak their foolish words and let them mock. It will only serve to be used to fuel their flames of torment in hell unless they repent."