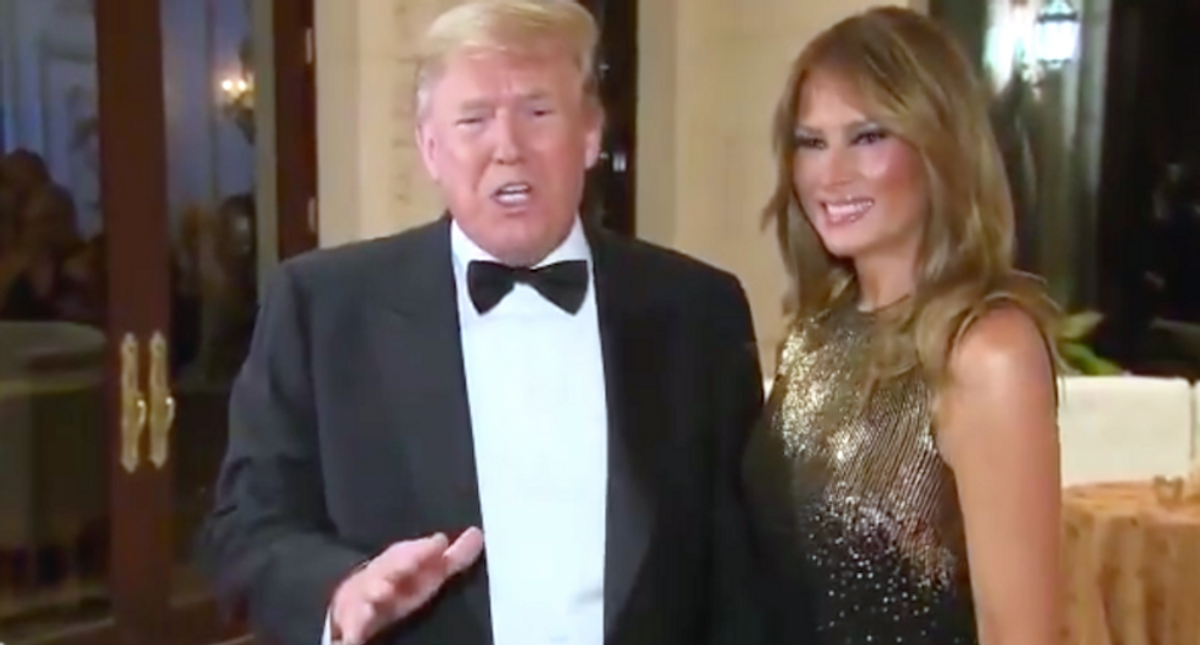 The Republican National Committee is apparently not done using donors' money to line the pockets of former President Donald Trump.

Business Insider reports that the RNC shelled out $175,000 this past spring for a donor event at Trump's Mar-a-Lago resort in which the twice-impeached former president told attendees that Sen. Mitch McConnell (R-KY) was a "dumb son of a b*tch."

A Business Insider review of Federal Elections Commission filings shows that the RNC has spent roughly $2.6 million on Trump properties over the last 14 years, a trend that really picked up steam since 2016 when Trump become the party's nominee for the presidency.

That said, the publication finds that RNC payments to Trump properties "began to peter out after he lost the election in November 2020" before getting a fresh injection at the Mar-a-Lago fundraiser in April.

In addition to getting cash infusions from the RNC, Trump is still making American taxpayers foot the bill for assorted expenses, including charging the United States Secret Service more than $40,000 this year for the use of a single room in Mar-a-Lago.