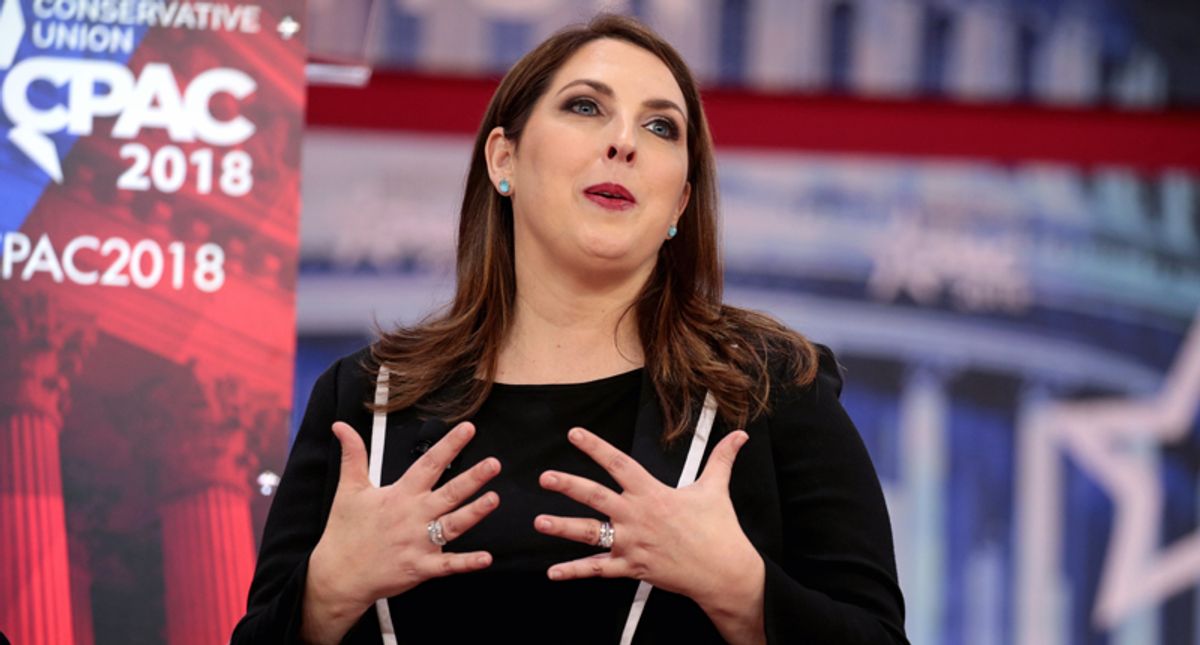 On Tuesday, Republican National Committee chairwoman Ronna McDaniel told Sean Spicer on Newsmax TV that the GOP is likely to bar the mainstream media from hosting their 2024 presidential primaries.

"As you know, I worked with you and other members of the RNC in 2016 to deal with the debate process, to talk about what entities would have an RNC-sanctioned debate ahead of its cycle," said Spicer, who served as former President Donald Trump's first press secretary and was notorious for his lies to the press corps. "I know it's real early, but this is just who I am, the questions I ask. Based on what you've seen so far, is the RNC willing to set up a similar system and ensure that these mainstream media outlets that have gone against this president, that have made it very clear that they are mouthpieces for the DNC or the Biden administration, will not host an RNC-sanctioned debate?"

"Absolutely," said McDaniel. She added that, "The Commission on Presidential Debates ... absolutely puts their thumb on the scale heading into the general, and they don't negotiate with the RNC; they work with the candidate directly. But for them to take the second debate virtual, which absolutely hurt voters, to have the first debate after 16 states had started voting, was just egregious. And there was bias on that committee; it's supposed to be non-partisan. So we're going to be looking at the whole process preparing for 2024, and it does start right now."

Republicans, who have long had a hostile relationship with the mainstream press, have increasingly set up more and more aggressively partisan outlets, including Newsmax itself, and One America News. Trump even ultimately turned on the traditionally conservative Fox News, resulting in damage to its ratings.