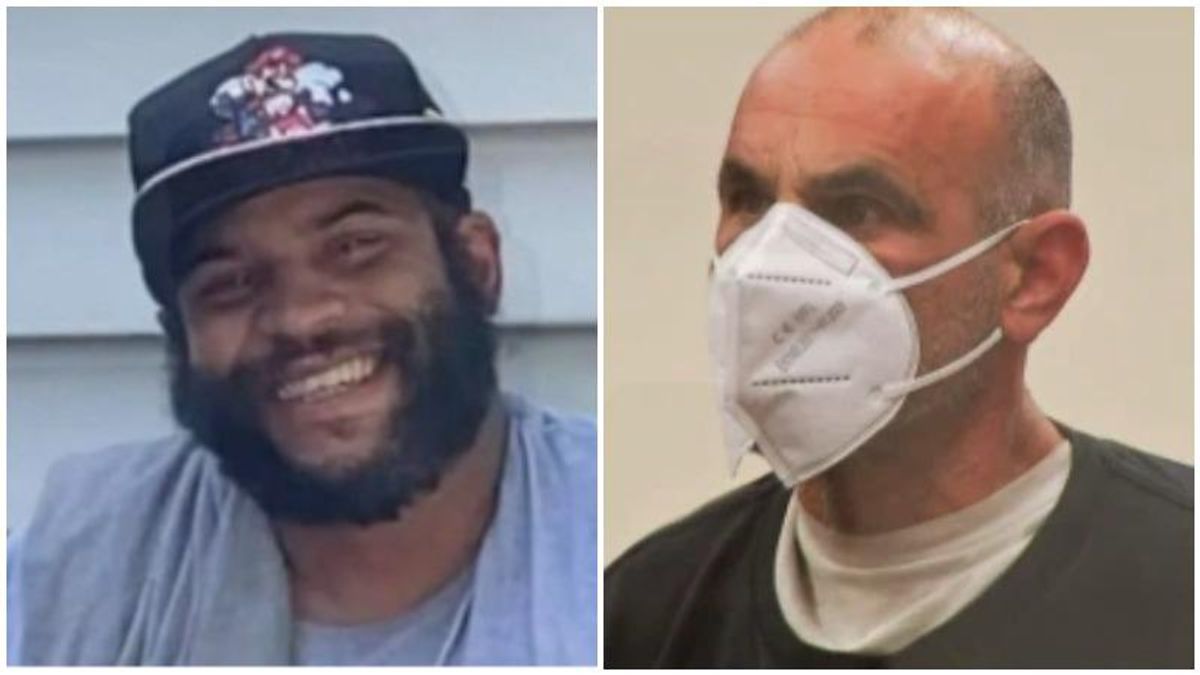 The 54-year-old Kapsalis struck the 35-year-old Tapias and dragged him a short distance with his truck before fleeing the scene, but he turned himself in to police about a half hour later.

"I just heard the commotion, heard my daughter scream, came to the window and I saw the gentleman on the ground with my daughter and son-in-law trying to help," neighbor Brian Dawe told WBZ-TV. "He was just in pain."

Tapias, a father of three, was taken to a nearby hospital but died from his injuries.

"Words can't describe the pain I'm feeling right now," said his brother, David Tapia. "I hope you get locked up for a long time, man."

Kapsalis, of Hudson, was charged with a civil rights violation causing injury, assault and battery with a dangerous weapon causing serious bodily injury, and leaving the scene of a crash.

"These are the kinds of incidents of which we have sadly particularly over the last year, seen an increase across our country, across our nation and unfortunately even here in Middlesex County," said District Attorney Marian Ryan. "We cannot and will not tolerate behavior that is rooted in racial bias."

A driver was killed in an apparent case of road rage on a Belmont street.