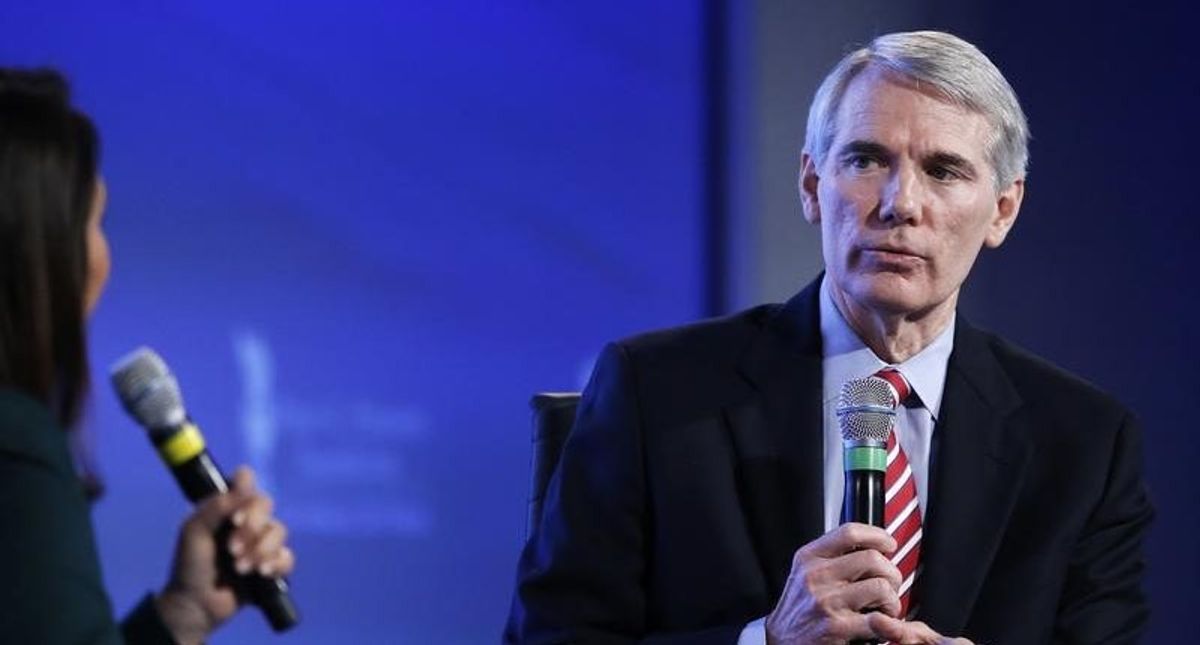 Portman was considered by political observers to be a shoo-in to win re-election next year, and his announcement will lead to a free-for-all among Ohio Republicans who want to win his seat.

"Well, this will be a total sh*t show," one GOP strategist texted to BuzzFeed News reported Henry Gomez.

Brendan Buck, a former staffer for former House Speakers John Boehner and Paul Ryan, lamented Portman's impending retirement and wrote on Twitter that "Congress is no place for a sensible Republican anymore."

And Amanda Carpenter, a former speechwriter for Sen. Ted Cruz (R-TX), said that Portman's announcement means he should have no hesitation about convicting former President Donald Trump in the Senate.

"Can I count on Portman to vote to convict now?" she asked.