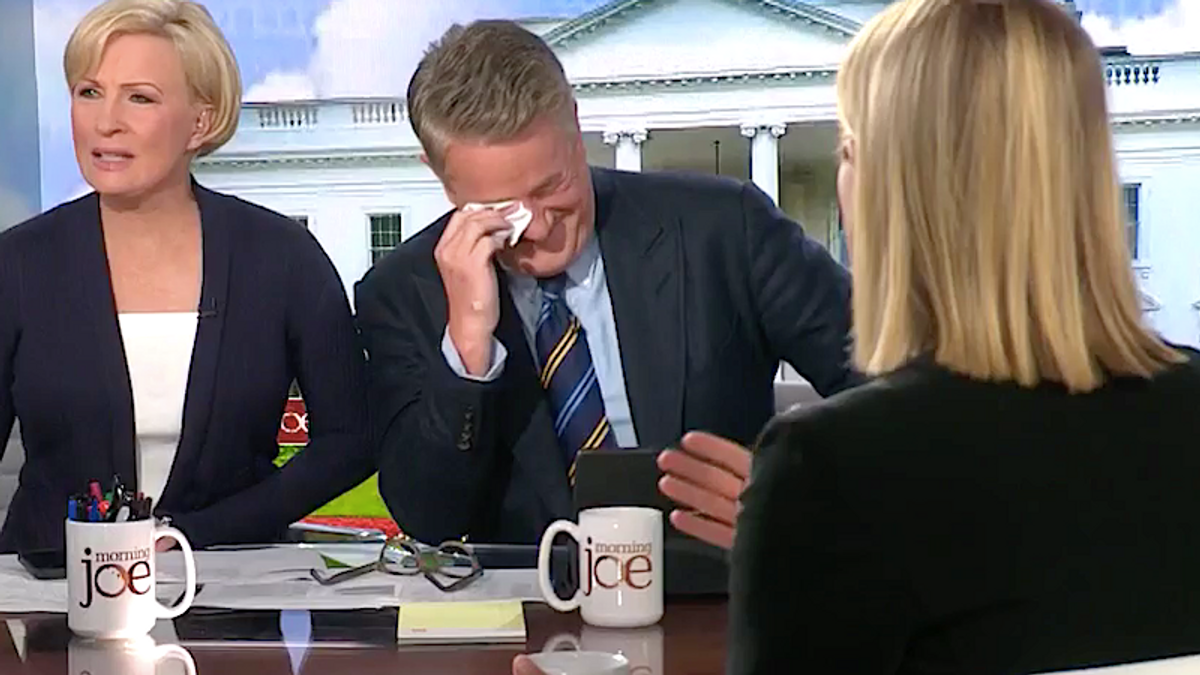 "I don't know, it seems like it's Ron DeSantis' party -- any other news?" Scarborough said, giggling. "I mean, he owns this place. Why don't we just put 'mission accomplished' up at the RNC. It's over, it is over."

Scarborough and the other panelists seemed to relish the fact that Trump was largely silenced, unlike the days when they could set off a round of furious tweets by mocking or criticizing him on air.

"How does Trump try and take it back?" said panelist Katty Kay. "He's silenced. He's sort of impotent at this point -- he can't tweet, can't go out on Facebook."

"No, he does these emails but I don't know who reads them," said co-host Mika Brzezinski, as Scarborough cackled and wiped tears from his eyes.

"He propped up DeSantis, talked about Desantis being his running mate in 2024," said former RNC chair Michael Steele, "and DeSantis may be calling him, 'Will you be my cabinet secretary?'"

"Help me, man," Scarborough said. "He gave DeSantis his start, DeSantis wouldn't be here but for him, and now all these people are saying it's DeSantis' party. Unfortunately for [Trump] it looks like DeSantis' party."