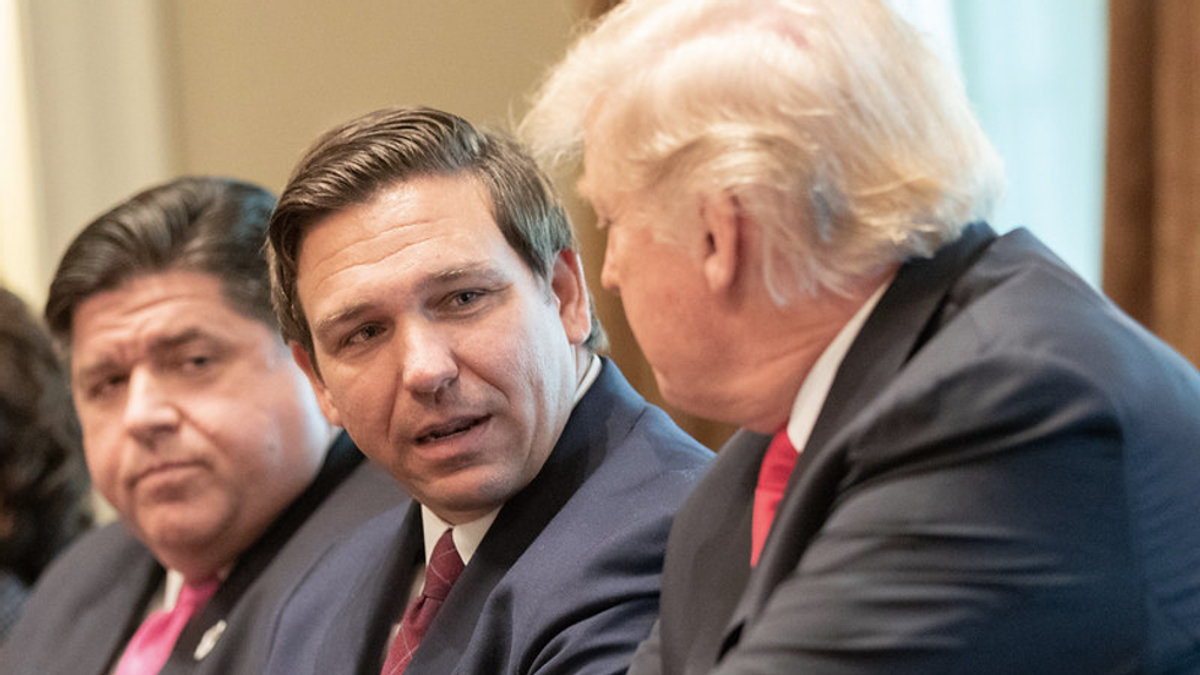 "The Electors shall meet in their respective states and vote by ballot for President and Vice-President, one of whom, at least, shall not be an inhabitant of the same state with themselves," reads the provision.

In other words, Florida electors cannot vote for both a president and vice president who come from their state, and constitutional experts agree the provision is clear, if possibly outdated.

"Whether or not the requirement that you vote for someone other than someone from your state makes sense today, and it probably doesn't, the text is clear," said Vikram Amar, dean of the University of Illinois College of Law and a professor of constitutional law. "It's pretty anachronistic, but there it is, part of the text."

The amendment, which is rooted in the framers' concerns about handing too much power to individual states, would permit Trump and DeSantis to run on the same ticket, but would require one of them -- most likely DeSantis -- to give up Florida's 30 Electoral College votes, potentially turning his election over to a hyper-partisan U.S. Congress.

"It would be an impediment unless they took some action to deal with it," said Robert William Bennett, a Northwestern University law professor and expert on the Electoral College. "One action would be that Trump could give up whatever his place in Florida is. He certainly has credentials for being a resident of the state of New York, if not other places."

Dick Cheney moved to Wyoming in 2000, as George W. Bush picked him as running mate, and a legal challenge to Cheney's claim to Texas' electoral votes failed after the U.S. Supreme Court declined to intervene, and legal experts expect a similar outcome if Trump changes his address before Nov. 5, 2024.

"People are allowed to move," said Akhil Reed Amar, a professor at Yale Law School. "If Trump wants to move, he can move. He has plenty of time to move, but it should be a real move. They shouldn't thumb their nose at the Constitution."