Gov. Ron DeSantis (R-FL) spoke to the press while in Arcadia, Florida on Sunday and claimed that Hurricane Ian wasn't aimed at Ft. Myers when they were doing evacuations and that they assumed it was going to hit Tampa.

Florida Attorney General candidate Daniel Uhlfelder has spent the weekend sounding the alarm against these comments, claiming that it was well-known where the storm was headed and well in advance. He told Raw Story on Sunday that he thinks DeSantis was too distracted to better prepare for the storm.

Uhlfelder posted a screen capture of the Lee County government's Twitter account showing mandatory evacuations for areas near the canals and on the coast. He explained that Ft. Myers is a low-lying city and ahead of the storm they were predicting anywhere from 9-12 foot storm surges, which would reasonably swallow one-story homes across the area. 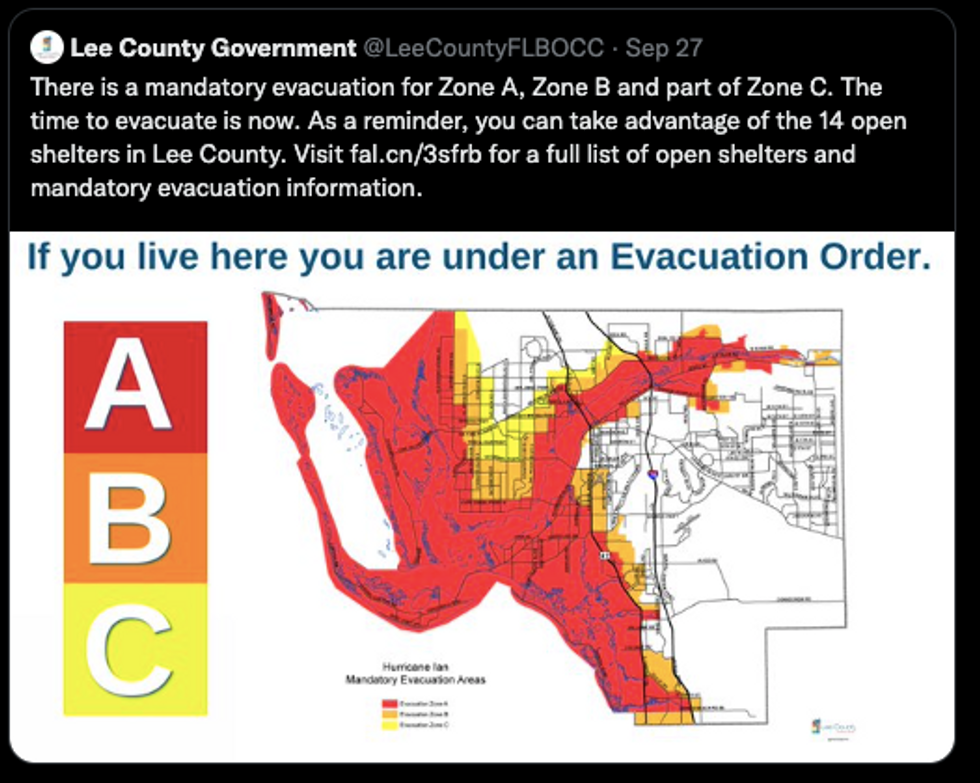 The storm hit on Sept. 28, so the Ft. Myers area had less than 24 hours to make it to safety. The reason for this is apparently due to the media and the scientists predicting storms.

Lee County Sheriff told the press that everyone wanted to focus on how things should have been done differently but that he stands with his local officials.

"There are indications that Lee County's comprehensive emergency management plan was ignored. Lee County did not issue evacuation —" Boris Sanchez asked before being cut off.

"I'm going to cut you off before you go any further. I don't know who you are or where you come from," said Sheriff Carmine Marceno. "Everyone wants to focus on a plan that might have been done differently. I'm going to tell you, I stand 100% with my county commissioners, and my county managers. We did what we had to do at the exact same time. I wouldn't have changed anything. And I know being in those meetings from the very minute. This storm was very unpredictable."

He said that he called the sheriff in Tampa to say that he would send help when he saw the projected path was set for the area.

The Hillsborough sheriff called him back, he said, and said, "look what we're talking about, that storm is coming your way. We weren't even in the projected path or cone," Marceno claimed falsely.

Even if the storm headed north of Ft. Myers, Uhlfelder explained it would have been close enough. The cities are not that far away and satellite videos as well as the weather radar showed the storm to be massive. 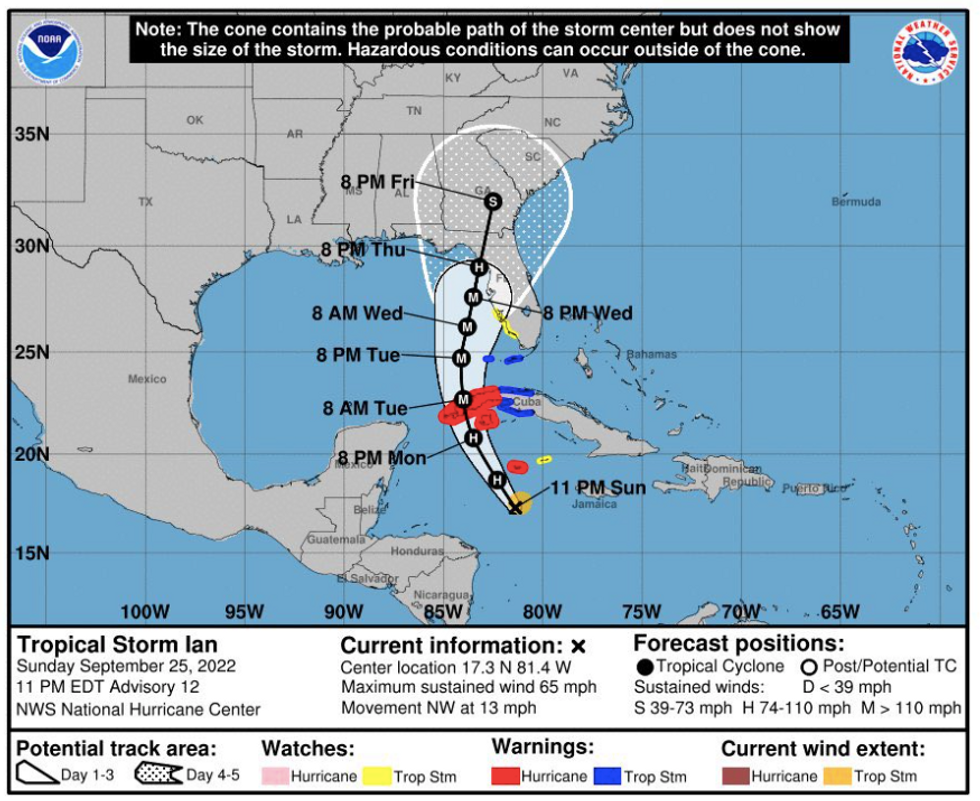 Uhlfelder told Raw Story that Lee County has a lot of elderly people so it's essential to give accurate warnings at least 72 hours in advance.

"There are a lot of elderly folks who need extra time to get out and to just play games — I just can't believe it," he lamented. "It's not CNN's job. CNN can't issue evacuation orders. Since when does he give any credit to the media? Now saying he did what the media says? It's a Trumpian thing to never admit you're wrong. It's just the way they do things now."

"He was telling CNN, 'What should I do? Drag people out of their house?' No! And to try and misdirect it to the media where they were, I mean, it's just irresponsible," Uhlfelder continued.

He went on to say that all of the surrounding counties were evacuating while Lee County wasn't.

"Lee County is right there," Uhlfelder explained. "This was a huge storm. To suggest that somehow Ft. Myers was out of the woods because he thought it was going to Tampa is not accurate. And Tampa and all of these other areas evacuated. It's a tragic situation."

He continued saying that he thinks DeSantis is distracted by his presidential ambitions over doing his job to protect the people of Florida. Uhlfelder cited former governors Rick Scott and Jeb Bush, both of whom had several hurricanes in their tenure. It's unclear if the ultimate death toll will eclipse any of the previous hurricanes.

(Correction: A previous version of this story incorrectly stated Fort Myers was always in forecasted to be in the path of Hurricane Ian.)