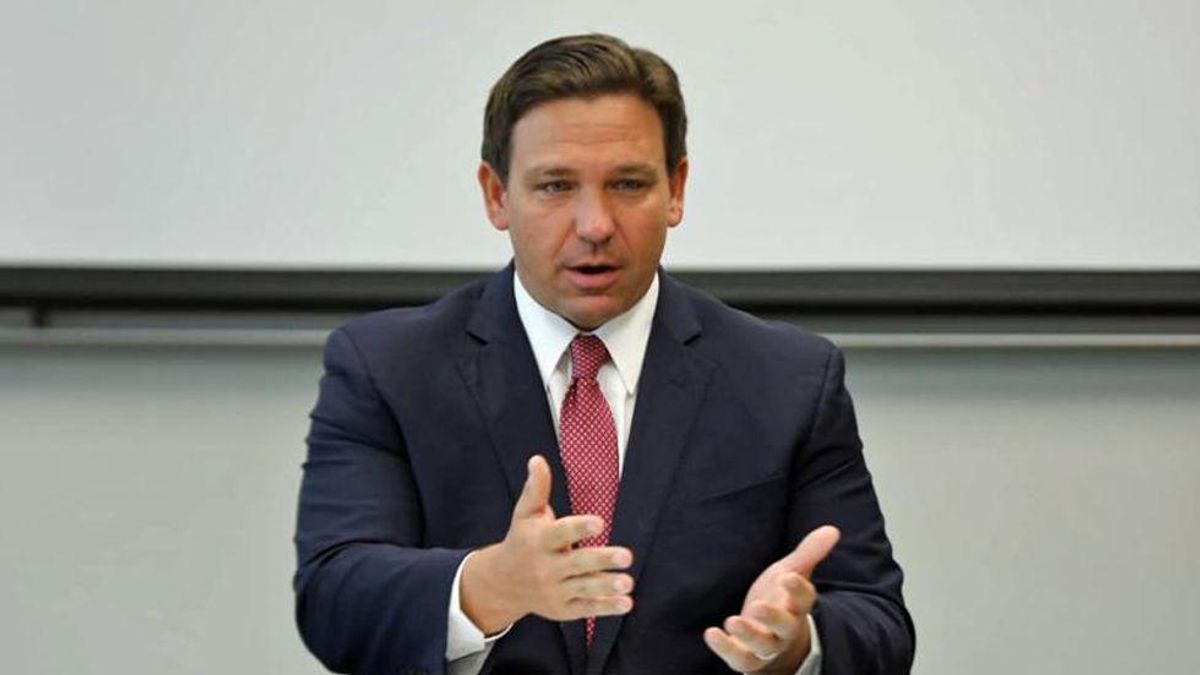 Florida teachers fear Gov. Ron DeSantis is risking the lives of educators and children as part of the Republican Party's long-running fight to break public schools.

The Florida Republican has issued an executive order prohibiting local school districts from imposing mask orders, despite a record surge in COVID-19 cases, and has threatened to strip salaries from superintendents who require face coverings in the classroom -- and educators are terrified and furious, reported The Daily Beast.

"The governor will use this fiasco to funnel kids to charter/private schools," said Mayade Ersoff, a teacher at Palmetto Middle School in Miami-Dade County. "Tax dollars are used to pay for school vouchers and leases to the companies that own the land the schools are on -- and they donate to Republicans."

The 22-year veteran believes DeSantis, Florida education commissioner Richard Cocoran and the state Board of Education are imposing risky measures for public schools to drive wealthier parents to private and charter schools, which are exempt from the executive order banning mask mandates.

"I am terrified of being around unmasked students," said Ersoff, who has been vaccinated but still worries about breakthrough infection. "I know the classrooms are going to be packed. I am in a building where the windows don't open and I have no cross-ventilation. It's like they are throwing us into a gladiator pit."

"We have seriously considered taking our kids out and placing them in private schools," Greenberg told The Daily Beast. "We're scared about what could happen in a public school with maskless students. I am cautiously optimistic that the [Miami-Dade] school board will stand up to the governor."

But another parent in the Pinecraft community doesn't think that will happen, and she's thinking of sending her 6-year-old daughter back to the private, non-charter school she attended last year instead of the local public elementary school.

"The likelihood of the school board passing an effective mask mandate is slim to none," said parent Emily Stone. "So I pulled her out of Coconut Grove again. The Gordon School has a mask mandate and is being very strategic about it. I can count the number of cases they had last year on one hand."

Public education advocates pointed to a recent change approved by the state Board of Education that allows parents to apply for taxpayer-funded vouchers to attend private schools if their children are subjected to "harassment" for not wearing masks or following other pandemic restrictions.

"They changed the eligibility so that forcing a student to wear a mask is akin to bullying and harassment," said state Rep. Anna Eskamani (D-Orlando). "It's an insult to kids who are really being bullied."

The president of the teacher's union Florida Education Commission said the change to voucher eligibility gives away DeSantis' game.

"They keep looking to create incentives for people to go to private schools by making it harder for public schools," said union president Andrew Spar. "Now it's making vouchers available if you don't like mask mandates. The governor is using politics to divide the community and destroy public education. He won't be successful."