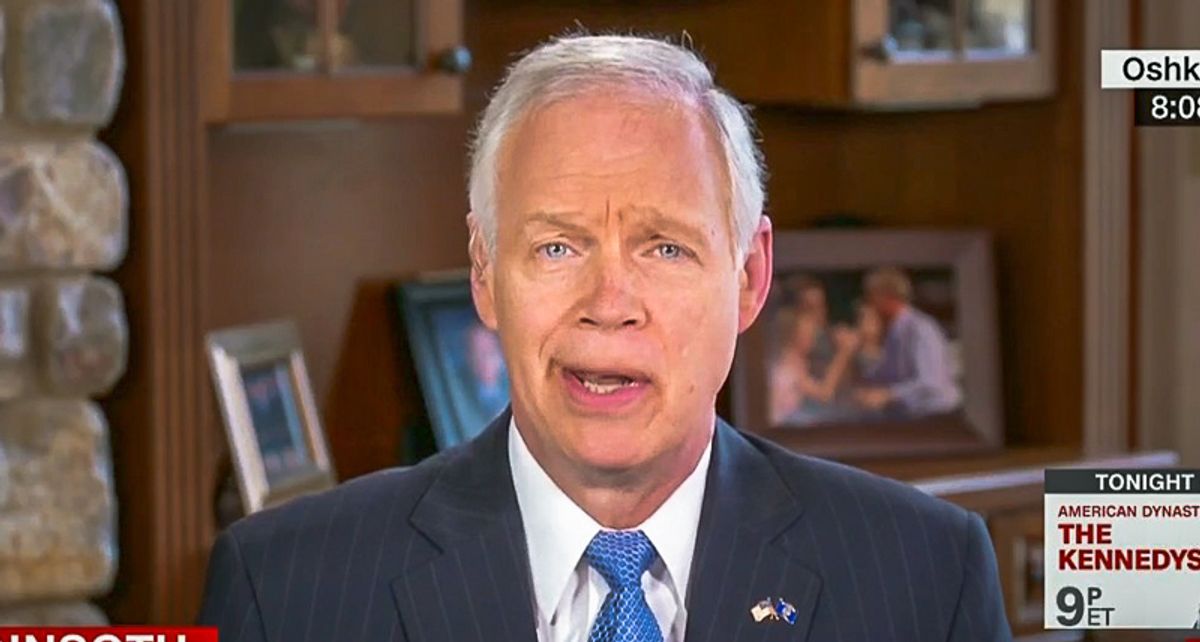 With Johnson -- who has closely allied himself with ex-president Donald Trump -- staying mum over whether he will run for a third term, the Wisconsin Republican Party is weighing their options for a new candidate when many of the stars of the party in the state have moved on or suffered defeat in recent elections.

"The uncertainty weighs heavily over a state party transitioning from its glory days to a post-Trump era," NBC's Henry Gomez wrote. "Paul Ryan, the former vice presidential nominee and speaker of the House, decamped to the private sector in 2018. Scott Walker, whose fight with public-employee unions made him a hero on the right, joined him there after losing a bid for a third term as governor."

The report notes that those two politicians --along with Johnson -- were part of the Republican "Cheesehead Revolution of the 2010s" and there isn't much of a bench for the party to turn to in a state that went for Joe Biden in 2020.

One possible option might be Reince Priebus, the former Republican National Committee chairman and, briefly, White House chief of staff to Trump.

His candidacy, should Johnson choose to not run, would also have the unpopular Trump looming over it.

"Johnson is one of Trump's most ardent defenders. As chairman of the Senate Homeland Security Committee, he indulged Trump's lie that the 2020 election was stolen. And in a recent radio interview, Johnson said the deadly Jan. 6 riot that Trump supporters led on the Capitol to block certification of the election results 'didn't seem like an armed insurrection to me,'" the report states before adding, "It's difficult to assess who besides Priebus or Johnson might draw Trump into the race with an endorsement or disruptive presence. In past elections it was good enough to be closely aligned with Ryan or Walker.:

According to Andrew Hitt, the chairman of the Wisconsin Republican Party, the state "has been a very close, purple state for a long time now," with Ben Wikler, his counterpart with the Wisconsin Democratic Party, adding: "It's pretty clear that fealty to Trump is going to be a central factor in primaries that helps Republicans and a central factor in general elections that hurts Republicans. How potential Republican nominees dance through that minefield is a mystery to behold."