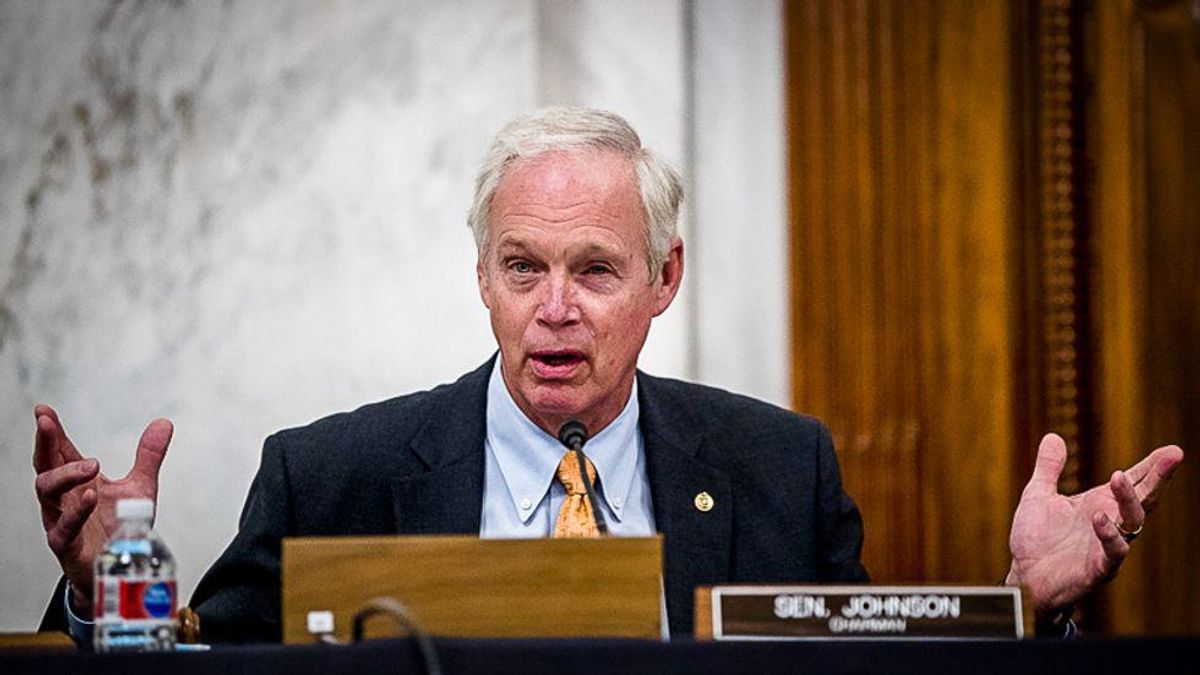 Sen. Ron Johnson (R-WI) is in trouble with communities of color in his state, reported Urban Milwaukee on Sunday.

Last week, Johnson told a radio host that he wasn't scared of the armed insurrection at the U.S. Capitol on Jan. 6 because they were supporters of President Donald Trump and he didn't think any of those folks would hurt him.

"I'll probably get in trouble for saying this," Johnson said, acknowledging what he was about to say was racist. "Had the tables been turned and President Donald Trump won the election and those were thousands of Black Lives Matter and Antifa protesters I would have been concerned."

The Wisconsin NAACP issued a statement saying that Johnson has repeatedly acted against the interest of people of color in the state. At one point, they recalled Johnson saying, "The Affordable Care Act is the single greatest assault on freedom in my lifetime," and that "Obamacare is more threatening than Communism." The law overwhelmingly gave millions of Americans access to healthcare for the first time and Johnson and Republicans have worked to defund it, increasing costs on policyholders.

Johnson has also worked to undermine access to the polls in neighborhoods of color. "We are not acting to thwart the democratic process; we are acting to protect it," he said.

"Ron Johnson has shown a lack of respect for Constitutional Principles, our democratic process, and the rule of law," said the NAACP chapter, outlining the ways he continues to harm the country. "One, he joined nearly a dozen other Republican senators pledging to reject the presidential election results when Congress met to count Electoral College votes and certify Joe Biden as President-Elect. Two, in a joint letter by the senators, they claimed the election contained 'unprecedented allegations' of voter fraud and violations of law, arguing 'the allegations of fraud and irregularities in the 2020 election exceed any in our lifetimes.' Three, he has called for the creation of a commission with full investigatory and fact-finding authority to conduct an emergency audit of the 2020 election returns. State and Federal judges – some appointed by Trump – dismissed more than 50 lawsuits brought by Trump or his allies alleging election fraud and other irregularities."

The statement closed by saying that they believe Johnson's "behaviors and attitudes disqualify him to hold any public office." They explained that they can't trust him and can't forgive him for the actions he's taken against communities of color.

They encouraged him to retire from office, or "the Wisconsin NAACP pledges to work to prevent his re-election in 2022."