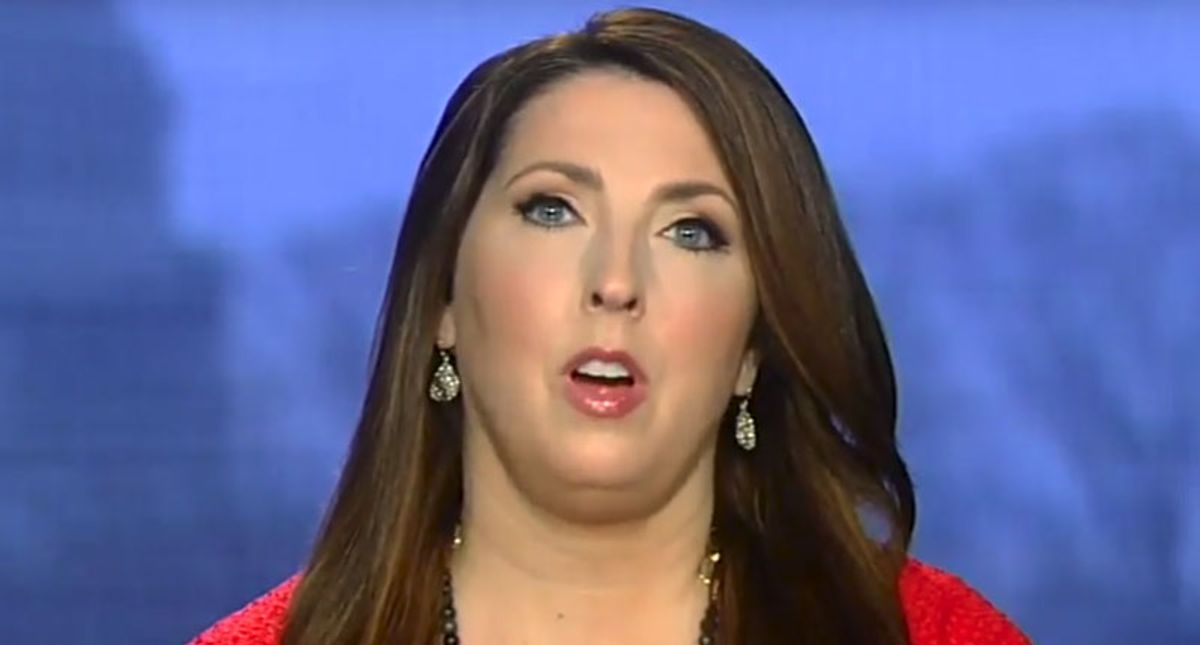 Critics of the Republican National Committee were out in force on Friday over a tweet that apparently was aimed at Facebook for refusing to let Donald Trump back on the social media platform.

Earlier in the week the former president was informed by Facebook that his ban would remain in place over fears he might incite more violence like the Capitol riot on Jan 6th.

According to the RNC, the corporation is denying the ex-president his First Amendment right to "freedom of speech" -- and they were quickly disabused about constitutional rights as you can see below:

@GOP No, it should not be a partisan issue. But it should be about responsibility and accountability. You don"t yel… https://t.co/1VnlsgdKRP
— Giggles Reynolds (@Giggles Reynolds)1620429503.0

@GOP Freedom of speech is not a licence to wilfully spread propaganda, tell lies or to knowingly mislead the public… https://t.co/ahdLmQZeKY
— Áine Ní (@Áine Ní)1620470282.0