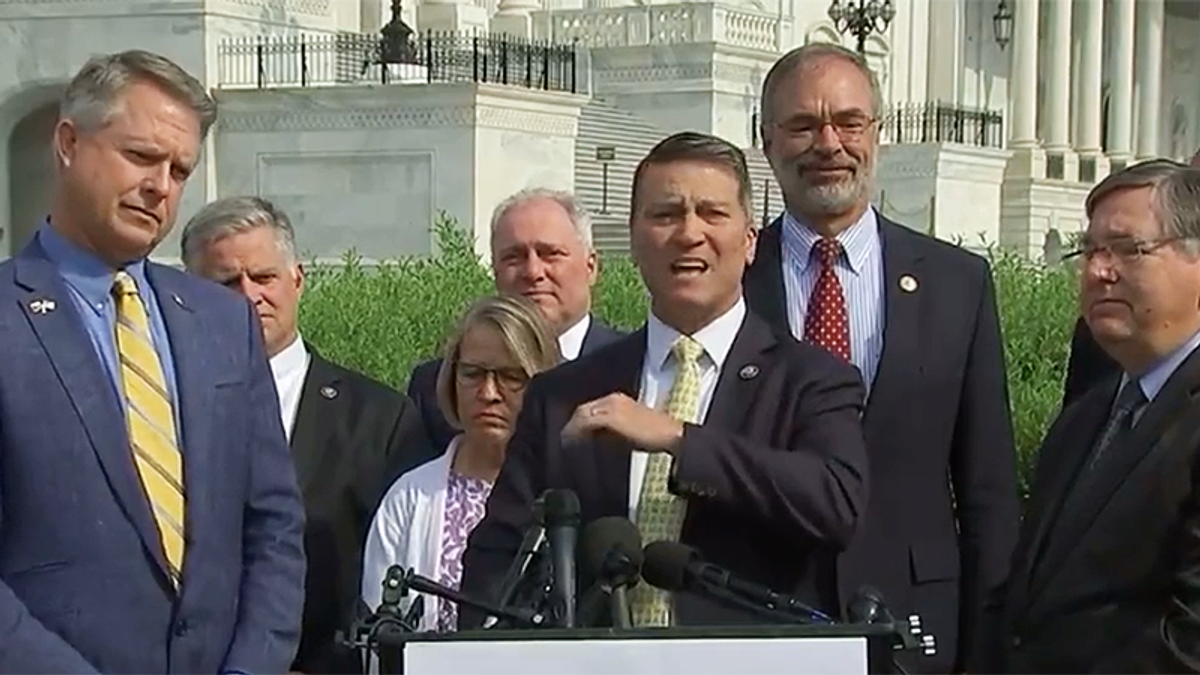 Rep. Ronny Jackson (R-TX) lashed out at reporters in front of the U.S. Capitol on Thursday after they asked questions about GOP members being vaccinated.

Jackson whined that it was unfair because the media never asks if Democrats are vaccinated. As CNN's fact-checker Daniel Dale explained, Democrats have been vaccinated for months, where some Republicans are only now deciding to get vaccinated.

Every Democrat in the House and Senate has told CNN that they are vaccinated. They had all disclosed this by May.… https://t.co/2duGLIzcQ2
— Daniel Dale (@Daniel Dale) 1626961935.0

A May report at CNN.com boasted the 100 percent vaccination rate among Democrats. At that time, only 95 Republicans got the vaccine, which was about 44 percent of the GOP members. Now that the delta variant is spreading, unvaccinated communities that are in red states are once again filling up hospitals.

Jackson, who is a doctor, was ridiculed on Twitter for his error and lack of information. See the comments below:

How does Ronny Jackson still have a license to practice medicine? Anybody who calls Trump fit while calling other p… https://t.co/8PKkRsgOFa
— Steve Redmond (@Steve Redmond) 1626964143.0

@JakeSherman I think you as a press have a responsibility to ask questions of Ronny Jackson. How many drinks did you have this morning?
— Lionel Hutz Law (@Lionel Hutz Law) 1626962105.0