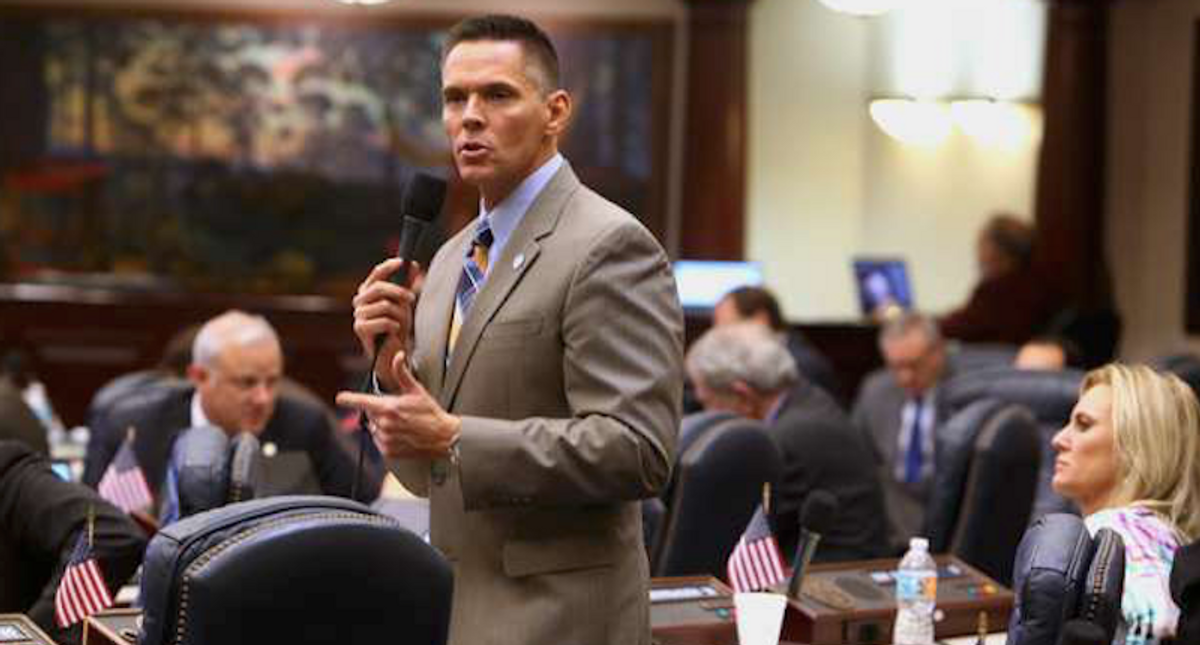 Spano's campaign revealed in paperwork filed with the federal government Monday that it owes more than $128,000, with about half of that total promised away to law firms representing him in the campaign finance probe stemming from allegations he took tens of thousands of dollars in loans from two friends and then illegally personally loaned that money to his campaign in 2018.

What's more, the campaign revealed it only has about $23,000 left in the bank, after several dismal fundraising quarters preceding his primary loss, according to Federal Election Commission records.

The main reason he has almost no campaign money left is that he had to basically empty his campaign account after he lost the primary to Lakeland City Commissioner Scott Franklin, who dispatched Spano in a close primary and went on to win the congressional seat in November against a Democrat. Franklin was sworn into office earlier this month.

The FEC filing revealed that Spano returned some $150,000 to donors, something he had to do to avoid committing another potential campaign finance violation, said Brett Kappel, a campaign finance expert at the Washington, D.C.-based law firm, Harmon Curran.

When donors contribute money to a campaign, they have to designate whether it's for a primary election or a general election. The FEC mandates this because donors are limited in the amount of money they can give. Individuals can give $2,800 in the primary and that same amount again in the general, while political action committees can give $5,000 per each election.

But often, donors give that money well in advance of the general election. Unfortunately for Spano, he didn't make it that far in the process in 2020, so he had to give money back to donors who had earmarked it to be used for the general election, lest he anger FEC regulators any further.

"It basically wiped out his campaign," Kappel said. "He lost in the primary, so he had to give back all the money he had received that was designated for the general elections — all the individual contributions and all the PAC contributions."

The problem is that doesn't leave him enough money to repay his debts. The former congressman, his campaign manager, and a D.C.-based ethics attorney who has represented Spano in his campaign finance probes did not respond to emails requesting comment about how he plans to pay down the debt.

Spano, who practiced law before entering politics and is still registered with the Florida bar (though the group did announce it was investigating him last year amid the campaign finance probe), could pay his debt out of his own pocket. He could also raise money from donors with the express purpose of paying down his debt, though that tends to be a hard sell for donors after a congressman is no longer in office.

Still, it's fair to wonder whether the law firms will ever be repaid for their work on his behalf. Other campaigns, after all, have incurred massive legal or consulting debts that they haven't repaid for years, most famous among them, Newt Gingrich, who still owes more than $4 million in fees from his failed 2012 presidential run, and Fox News personality "Judge Jeanine" Pirro, whose campaign was more than $850,000 in debt when she cut short her 2006 bid for the Republican nomination to challenge then-Democratic Sen. Hillary Clinton in New York.

That has led to the phenomenon of "zombie campaigns," or campaign committees that continue filing reports with the FEC years after the candidate is no longer running for office because the FEC won't let them close their accounts until they pay off their debts.

Spano's campaign reported owing more than $24,000 to the D.C. firm Berke Farah, which represents members of Congress in ethics matters, and more than $22,000 to the Orlando office of Holland and Knight. The campaign also owes $18,000 to a Florida political consulting firm.

The campaign's largest creditor, however, is still Spano himself. The campaign reported that it owes Spano nearly $60,000, after he loaned that amount to campaign in 2018.

That money, and other loans like it, were the things that got Spano in hot water in the first place. The day before the 2018 election, the Tampa Bay Times reported that he may have illegally accepted $180,000 in personal loans from two friends and then passed it off as a personal loan to his campaign committee, an arrangement that is forbidden under campaign finance law.

Since later 2018, Spano's defense in the matter has been that he and his friends entered into the financial arrangement on bad advice from campaign consultants. He reported paying back the loans, and has repaid himself some of the money from his campaign.