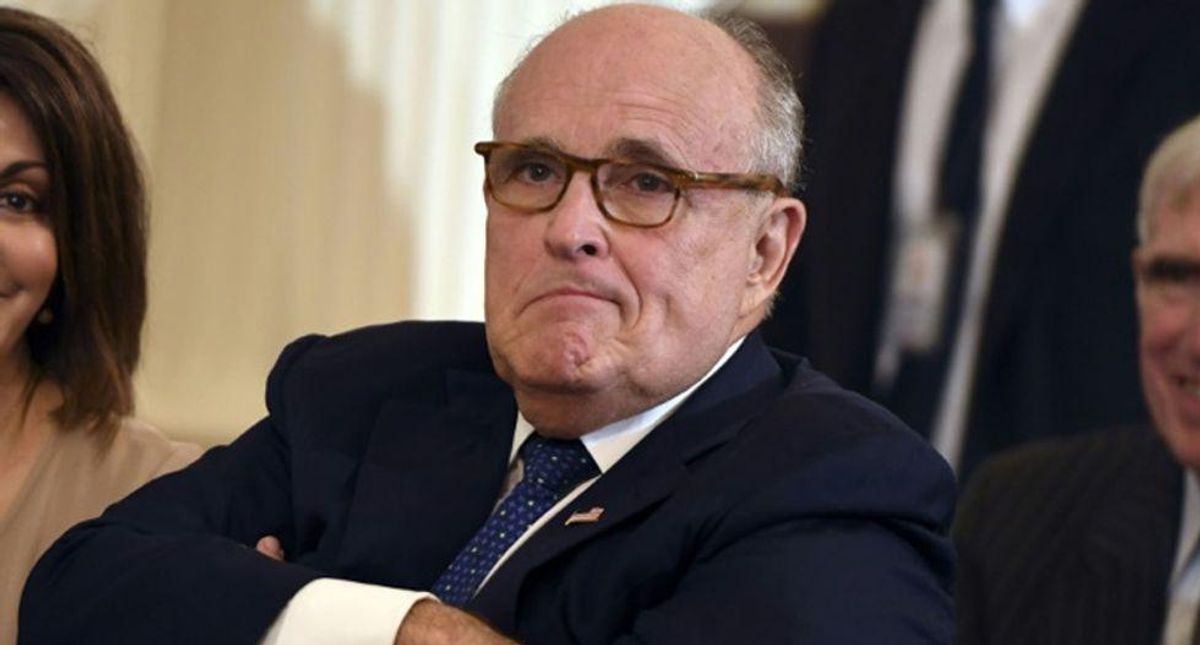 Rudy Giuliani was suspended from practicing law in New York last month after several complaints about the rampant dishonesty he deployed in his failed quest to overturn the 2020 presidential election. Now he's being suspended from Washington, D.C. too.

While investigating the complaints and Giuliani's previous actions, the New York Bar Association suspended him.

"The New York State Bar Association (NYSBA) strongly condemned the violent uprising that occurred at the U.S. Capitol on Jan. 6, orchestrated by individuals bent on subverting the will of the voters by disrupting the certification of the 2020 presidential election results," the Bar wrote at the time.

As BuzzFeed reporter Zoe Tillman pointed out, that means Giuliani will also be suspended in Washington, D.C.

The bar released the statement/ruling Wednesday.