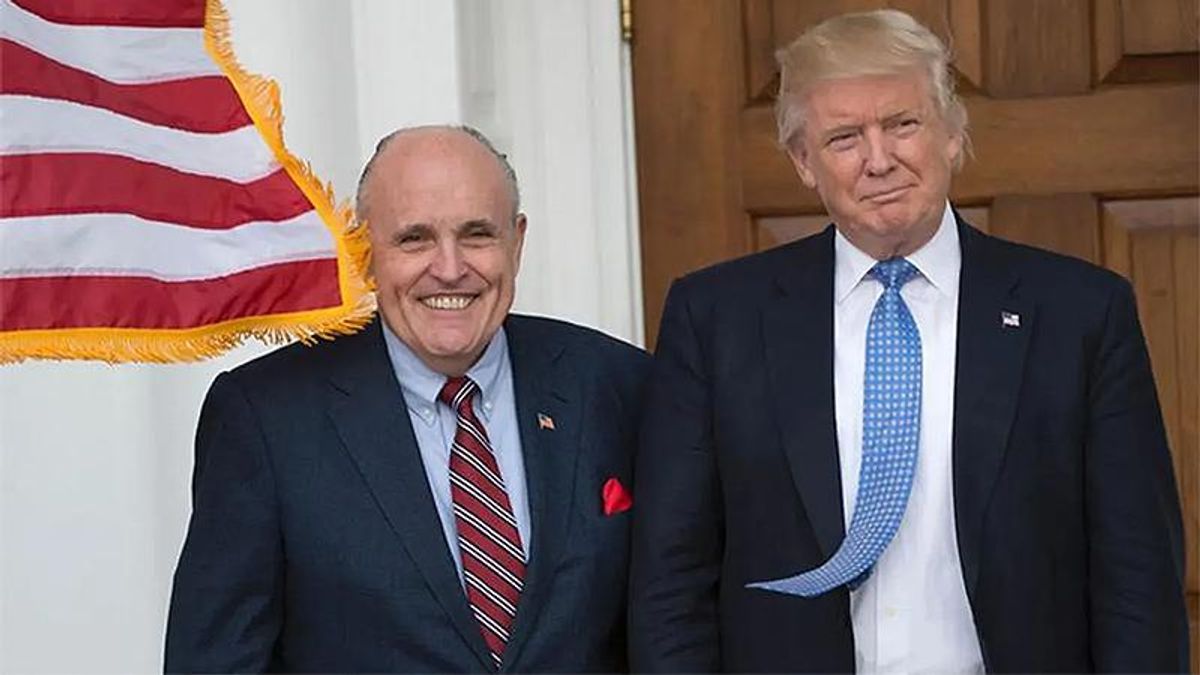 Trump asked Clark into the Oval Office on Nov. 13 with Giuliani on speakerphone, saying that the campaign is being too slow to protest the Georgia election results.

"Clark explained that state law required results to be certified before a recount could be requested, which hadn't yet happened," the book recalls.

"'They're lying to you, sir!' Giuliani shouted," the book continues. But Clark refuted Giuliani's claim. It then devolved into a shouting match that was so loud those waiting outside the Oval Office could hear and were a little startled.

Clark had been with the campaign for a year, going through state and national party rulebooks to ensure the campaign was prepared for challenges. Before that he was a White House aide.

"Now, after one phone call from Giuliani, the president was entertaining nonsensical attacks on his ability to read Georgia election code and to give an honest answer to a simple question to the president he'd spent four years trying to reelect," the book continues. "Clark stopped going to the White House."

That's when Giuliani took over. He now faces legal sanctions for lying in court about the 2020 election. He's been suspended from practicing law until the court makes a ruling on his fitness.

Read the full excerpt at the DailyMail.