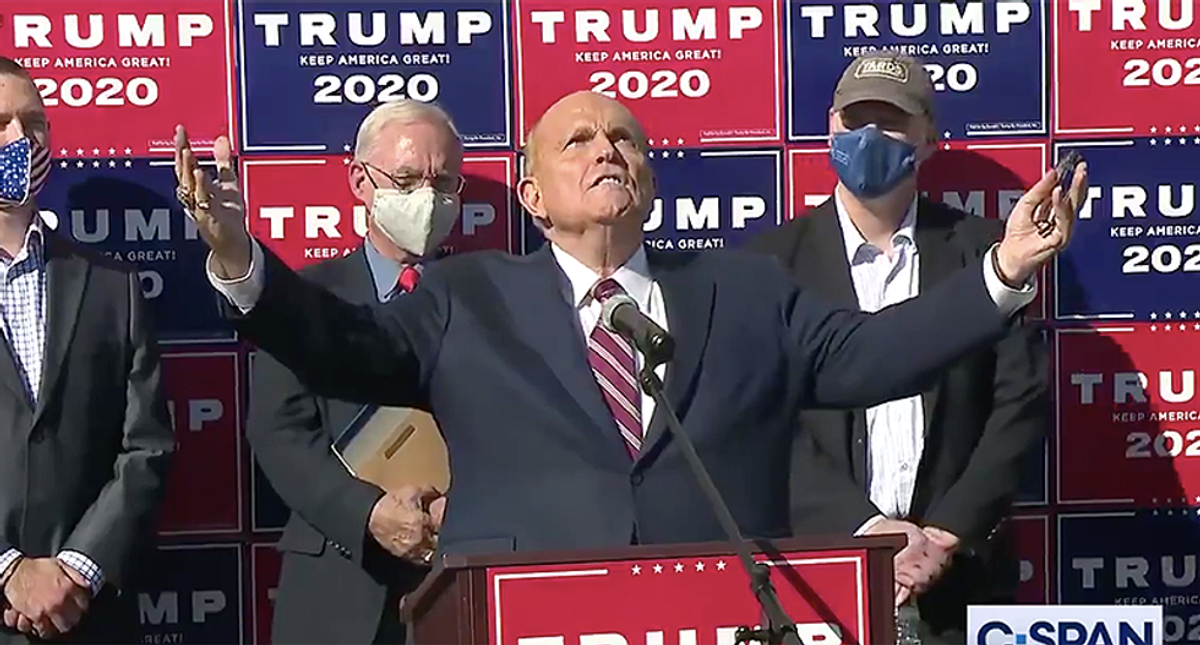 Allegations were made and Bloody Marys shared, but it was author Michael Wolff who confirmed in his new book, Landslide: The Final Days of the Trump Presidency, that the former "America's Mayor" isn't well.

Speaking to MSNBC host Brian Williams Tuesday night, Wolff made it clear that Rudy Giuliani is drunk most of the time and at least buzzed the rest of the time.

"Michael, what should the people watching know about Rudy Giuliani?" Williams asked the author. "He of the very dark bombast and even darker dripping goo — the man he has become present day?"

"Well, the first thing that they should know that he is drinking all of the time,' said Wolff. "He is -- you know, if not constantly drunk, certainly buzzed, throughout this period — actually probably for throughout most of the Trump administration. Beyond that, he is a desperate figure. Desperate. He will do anything to be at the center of attention. If that involves saying anything that Trump wants to hear, he will certainly do that. As we've seen. And again, everyone in the White House, in the campaign, in Trump's family knows it's incredibly destructive to the Trump White House. Many of them actually blame Rudy, even more than they blame the president — although everyone blames the president for the last four years."

Wolff also describes the final days of the Trump presidency as a sad world where everyone associated with him was trying to get away from him.

Whether staffers or family members, they wanted to "get away from this, this ludicrous effort to argue that the campaign -- that the election was stolen from him and to get away from the effort. A completely, you know, out-of-his-mind effort that he could actually get this election back. So, everyone has gone. Everyone has fled and so, there are only a few people left in the White House. On Jan. 6, all of this is happening. It looks like an insurrection, and to be honest, the White House, the president of the United States, has very little idea of what is going on."