'They made up ballots': Rudy Giuliani rages at Fox News for participating in election 'conspiracy' 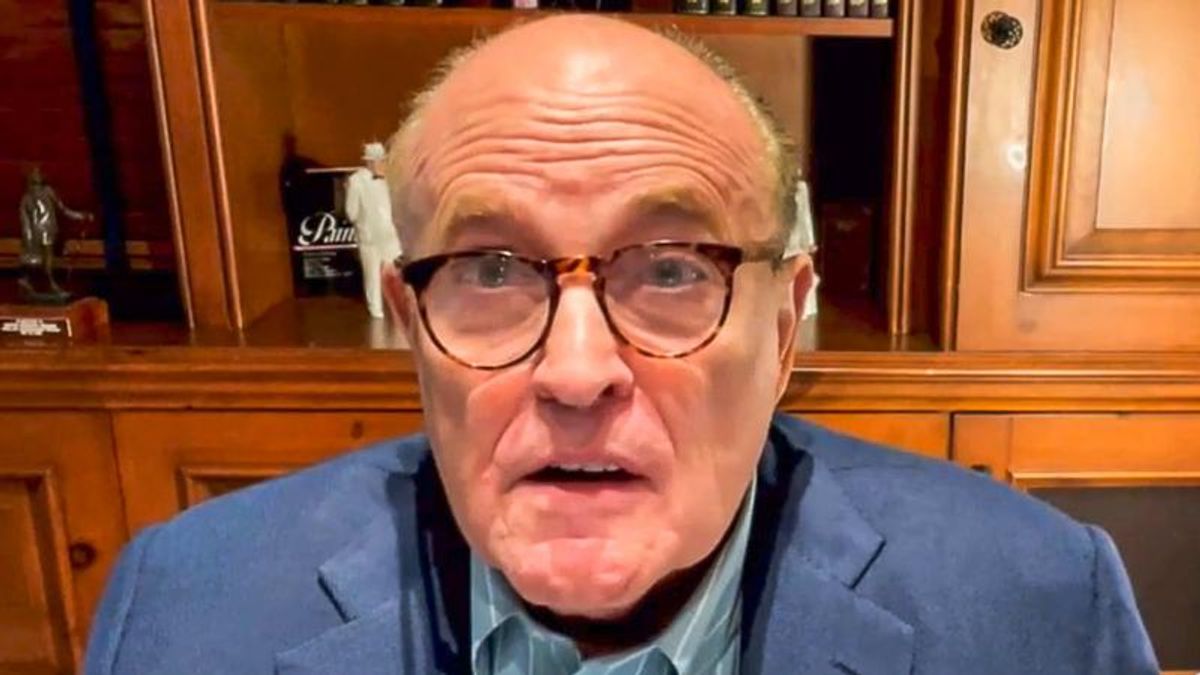 Former Trump election attorney Rudy Giuliani on Monday raged at Fox News host Bret Baier and other reporters, claiming that they are the "most incompetent in the history of the country" because they have refused to agree that the 2020 presidential election was fraudulent.

During an interview on Real America''s Voice, host Steve Bannon called Giuliani a "gentleman" because he has not forcefully responded to author Michael Wolff, who claimed that the Trump attorney was often drunk.

"You think attacks in these books are bad, you haven't seen anything," Bannon opined. "Rudy Giuliani was under relentless attacks to back off, essentially I think even some bribes if you backed off."

"We would not be here today if it was not for Rudy Giuliani," he added. "By the way, every anonymous person leaking that stuff are the gutless cowards that stabbed Trump in the back and did not step up."

Bannon then asked about Baier's reporting on the so-called audit of ballots in Arizona.

"Bret Baier and Fox and the news show at six o'clock, when they saw the Arizona hearing last week, they said nothing to see here, it's a couple of hundred votes, this is a waste of time, essentially Rudy Giuliani is way off the reservation," Bannon claimed.

"I say the level of reporting was the most incompetent ever in the history of the country or in some cases totally corrupt," Giuliani said. "I mean, much of the media was in a conspiracy to make sure Trump didn't win. Basically, we've got to do anything and everything to defeat Trump."

"And when they couldn't defeat him on election day, they went ahead and they made up ballots," he remarked. "That's what those 78,000 pieces of paper that are phony are all about and that's why the [Arizona election official] wanted the Sharpie pens."

Giuliani concluded: "To miss this, you have to be either stupid or part of it."