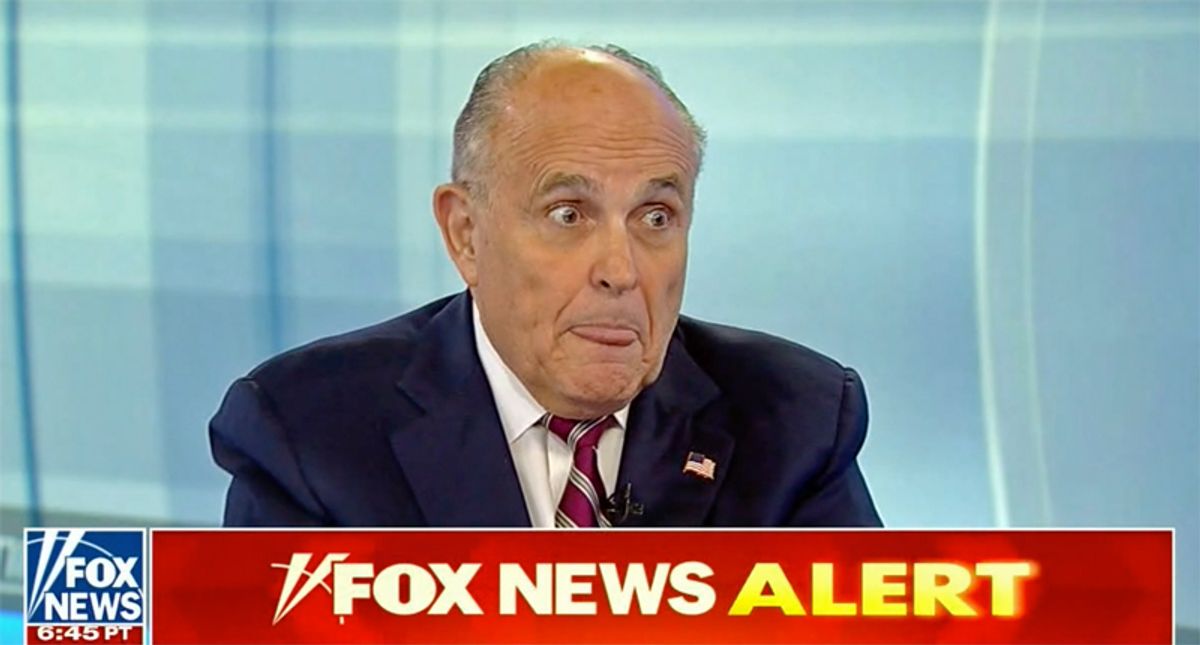 "They basically claimed that anytime [Trump] says 'voter fraud, voter fraud' -- or I do, or anybody else -- we're inciting to violence; that those words are fighting words because it's totally untrue," he said. "Well, if you can prove that it's true, or at least true enough so it's a legitimate viewpoint, then they are no longer fighting words."

Unfortunately for Giuliani, there is zero evidence to support his conspiracy theory.

Giuliani's legal strategy was reported ten days after he suggested "trial by combat" after while firing up Trump supporters shortly before the Capitol insurrection.

Trump's attorney, who is under investigation by the same Southern District of New York office he once led, also suggested taking impeachment to court -- even though the Constitution offers no such role for the judicial branch.

"If they decide to bring it to a trial, he should move to dismiss the impeachment as entirely illegal. That it was the only impeachment ever done in what, two days, three days," Giuliani suggest. "We would say to the court, 'You are now permitting in the future, basically in two days, the Congress can just impeach on anything they want to.'"