'They have Rudy Giuliani documents too': Michael Cohen sounds the alarm that Trump grand jury is big and broad 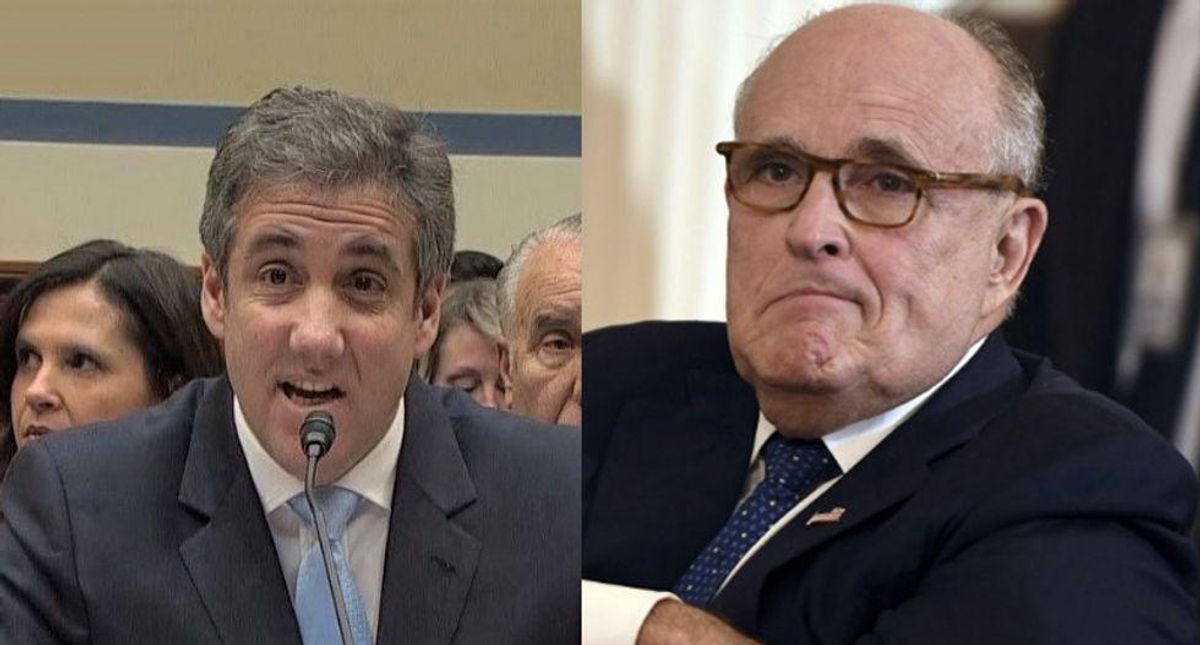 Former lawyer to Donald Trump, Michael Cohen, outlined what he thinks will happen to Trump CFO Allen Weisselberg when he endures prosecution from the New York Attorney General or Manhattan District Attorney. He explained to MSNBC's Ari Melber on Wednesday that he understands the process because he's been through it.

"I can tell you what's going on only because it happened to me," he began. Donald Trump will immediately, as will the kids, rally around Alan and his sons and say, 'Listen, we got you. we're going to get the best lawyers. We're going to ensure that you're fully protected. We love you. You are part of the family.' And that's going to last for a very short period of time, especially because Donald doesn't like to pay lawyers. Like what happened with me. All of a sudden with the joint defense agreement, he decided to stop paying, and he left me on my own, at which point I still, you know, was trying to stay loyal to the cause. I was trying to stay on message with Trump."

Ultimately, however, it became clear that Trump was going to throw Cohen under the bus, and Cohen has fought back.

Weisselberg "saw how fast Donald Trump ended up turning on me as well, whether it was calling me a rat, whether it was turning around and telling the judge that he should throw the book at me and put me away for life," Cohen continued. "I mean, this is who Donald Trump is. And remember what I said on one of your other shows. Donald Trump is not going to take responsibility for what's going on here because Donald Trump doesn't take responsibility for anything. And he's going to turn around and say, 'I pay a lot of money to my accountants. I pay a lot of money to my lawyers. I didn't know. I was told to do this. And that's where all of the witnesses are going to come in and all of the documents are going to come in, and it's going to show a pattern, the fact that Donald Trump is lying, that he was involved, as I have said, going back over two years, that Donald Trump is involved in every single aspect of every single transaction that took place at the Trump Organization."

Cohen went on to say that Trump shouldn't be focused on 2024 and "shut his mouth" and find a good lawyer because this is a big mess he's gotten himself into.

"Remember, they have millions of pages of documents," Cohen noted. "They don't just have the documents that they got from the tax returns. They now have Rudy Giuliani documents as well. This is a multi, multi-faceted investigation. There are many tentacles here that are going to be grabbing at Trump, at Don Jr., at Ivanka, Eric, the Kushners, you name it, and a host of other people. So, I really do believe that they need to come down to -- you know, they need to come back to reality and understand that's what's facing them is much bigger than them. See, Donald Trump forgets that he's not the biggest thing in the world, and believe me I know. I was there against these people. And I can tell you that when they come down on you, it is very rough. And Donald does not have the ability to deal with it because he has no attention span."