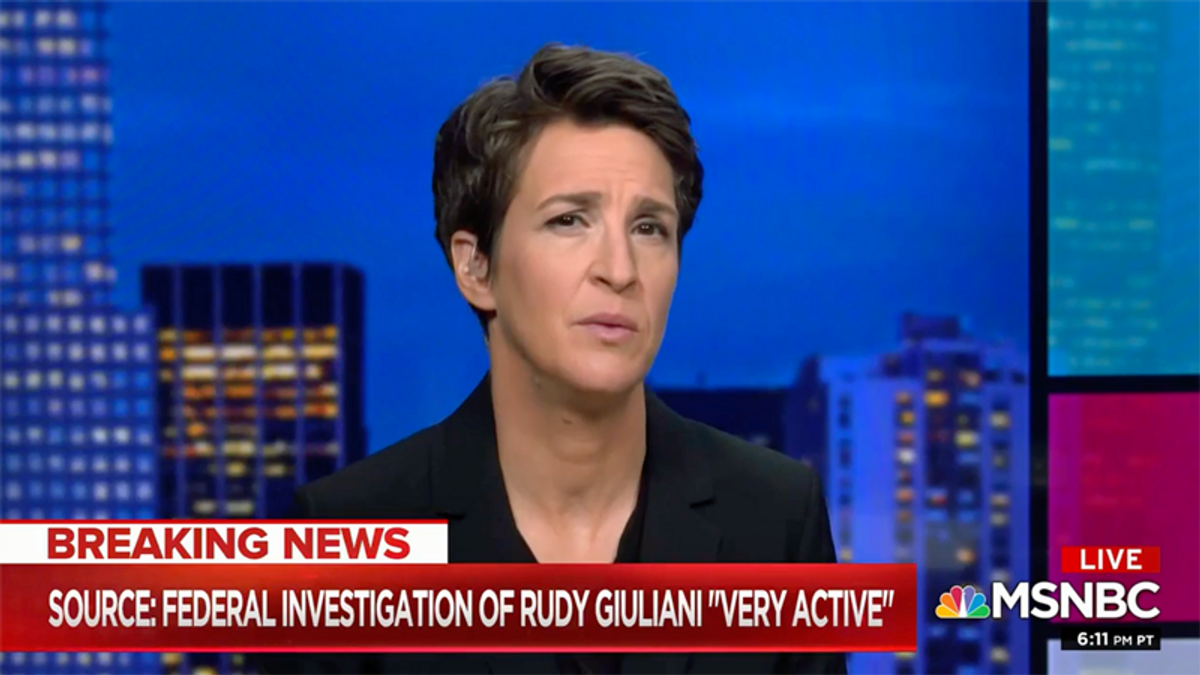 On Monday, following reports that investigators are considering a review of Rudy Giuliani's electronic communications, MSNBC's Rachel Maddow walked through some possible reasons for their interest.

"It's hard to narrow it down. There is a veritable cornucopia of possibilities in terms of what exactly Mr. Giuliani may be under investigation for, and which of those many investigations might have been the trigger for trying to get a warrant. I mean take your pick," said Maddow.

Among the possible issues: his ties to Lev Parnas and Igor Fruman in the illegal Ukraine scheme; his role in getting the ambassador to Ukraine ousted; his own financial dealings; legally suspect campaign activity; or counterintelligence risks surrounding his ties to Russia.

"It could have been any one of those things, right?" said Maddow. "It could be all of them."