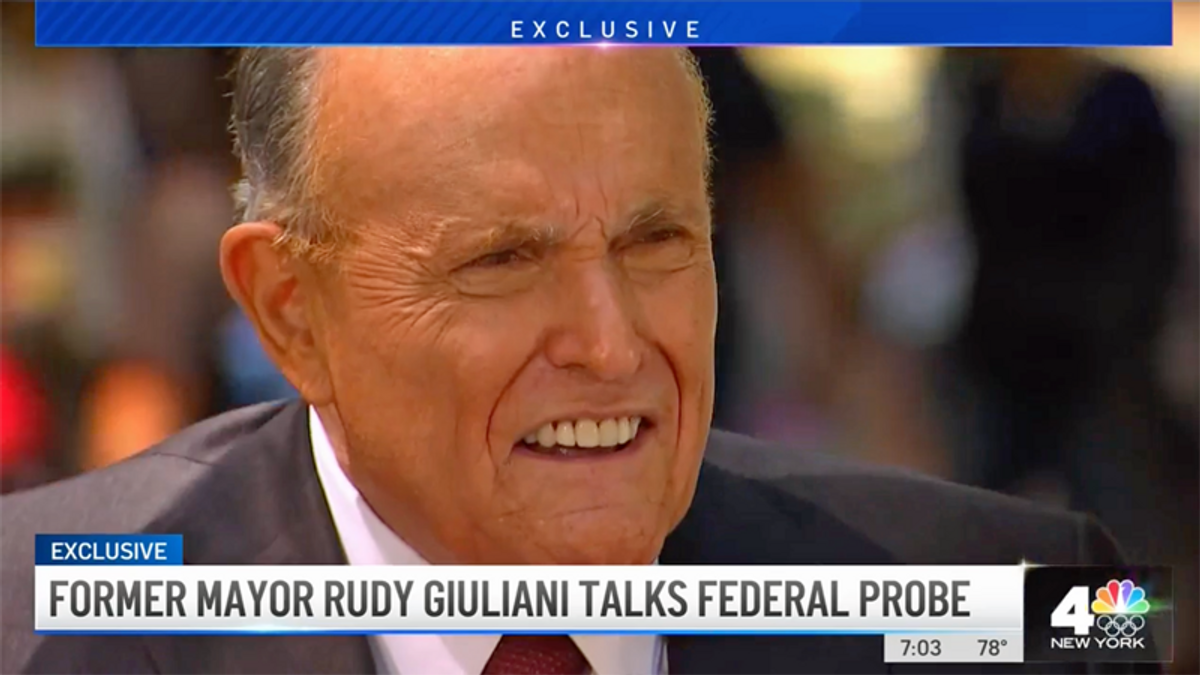 "But it was clear that also weighing heavily on the former mayor is fallout from the recent election and the fact that he's still facing that criminal investigation," Russo reported. "Former Mayor Giuliani seems fixated on declaring his innocence as a federal investigation looms into whether he was working as an unregistered lobbyist for Ukrainian officials."

Giuliani is being investigated by prosecutors in the Southern District of New York — an office Giuliani once led as the United States Attorney.

"I committed no crime, and if you think I committed a crime, you're probably really stupid, because you don't know who I am," Giuliani claimed. "Is the guy who put the mafia in jail, terrorists in jail, Ed Koch's commissioners in jail, and the worst people on Wall Street — I'm not going to file (a form)? I mean, that's just crazy."

He suggested prosecutors would suffer consequences in the afterlife if he was sent to jail.

"I am more than willing to go to jail if they want to put me in jail. And if they do, they're going to suffer the consequences in heaven. I'm not, I didn't do anything wrong," he claimed.