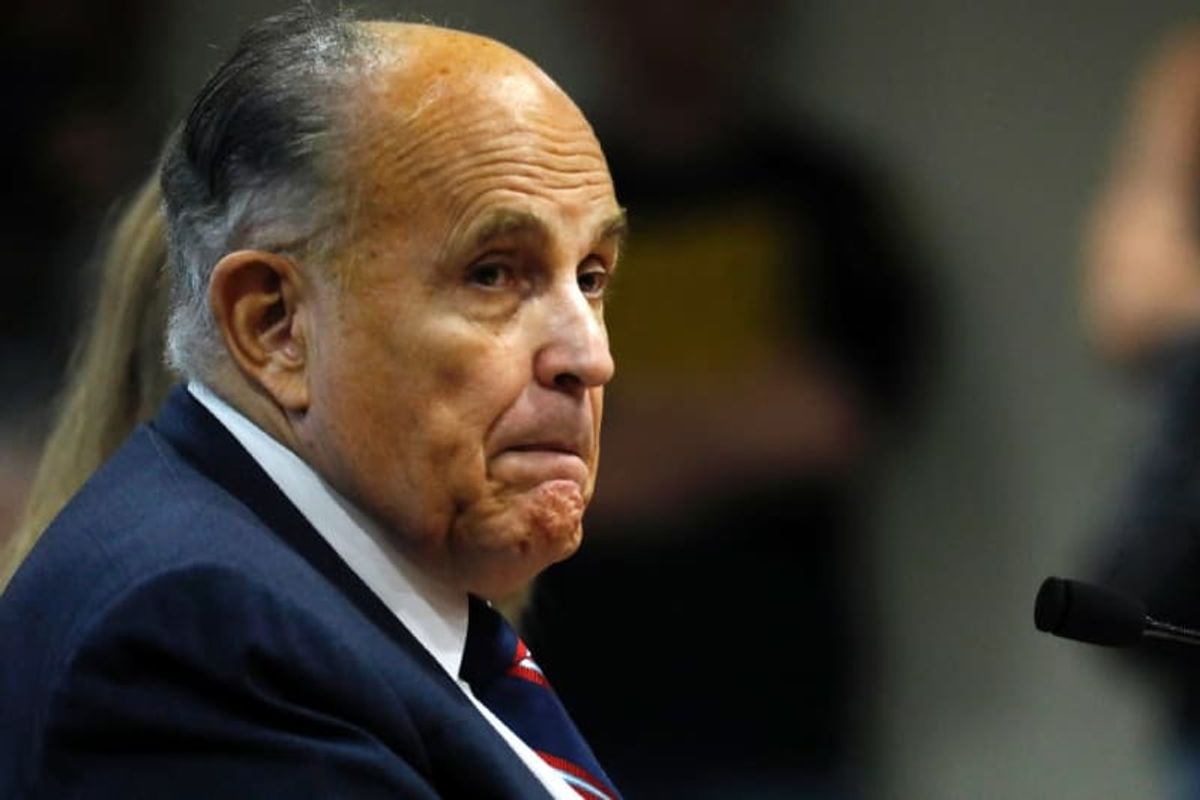 Giuliani, accused in the mainstream media and on social media of helping to incite Wednesday's deadly insurrection after he called for "combat justice" in a speech to a MAGA crowd barely hours before the attack by thousands on the U.S. Capitol, apparently spent parts of Friday and Saturday quietly unfollowing about 25 top Trump officials and supporters on Twitter.

The Trump Alert bot that sends alerts whenever President Donald Trump, his family, and close associates follow or unfollow anyone, reported dozens of unfollows.

Giuliani appears to have been following 539 people as of early Wednesday, the day of the insurrection. That number was consistent until Friday morning. Currently Giuliani is following 453 people.

A fair number of those unfollows, about 60, appear to have had their accounts suspended, or, like Rush Limbaugh, shut down their Twitter accounts, which would affect the number of people he is following.

Giuliani also started following others, like new Congressman Madison Cawthorn, who has been accused of having an affinity for Adolf Hitler, so that 80+ number is fluid both ways.

Of course, the real question to all of this is, why?