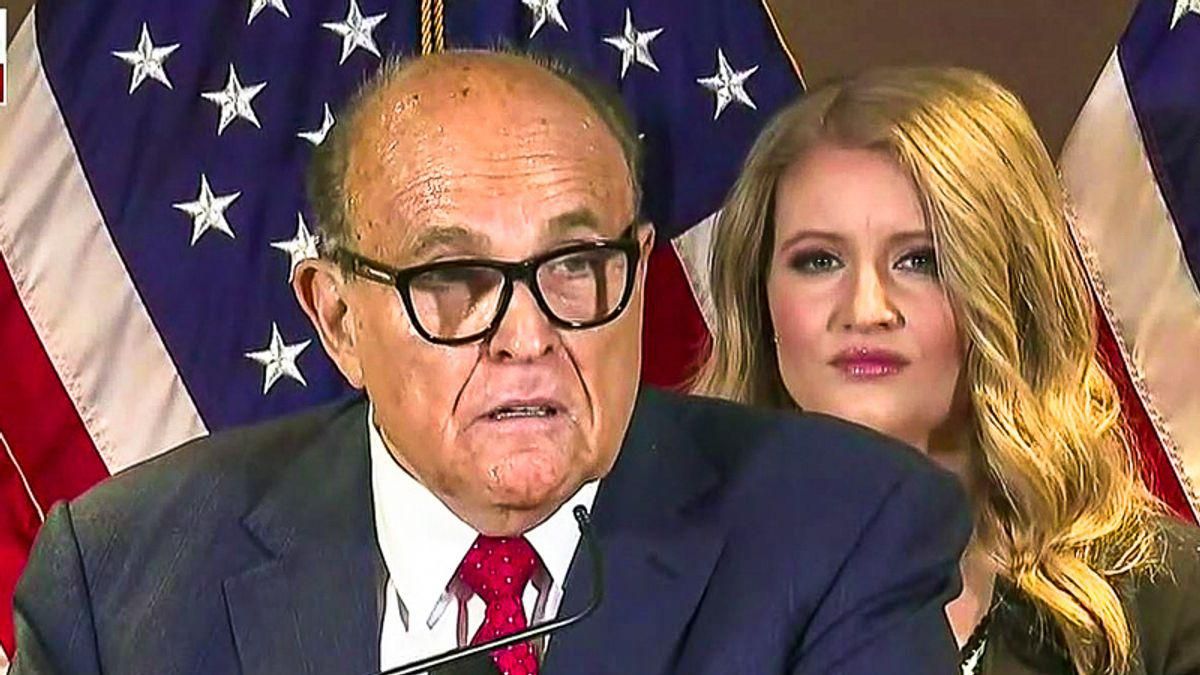 "We saw some pretty crazy stuff happen at the end of the 2020 election into 2021," said anchor John Berman. "Crazy stuff with elected officials calling for crazy things, including, you know, large groups of Republican legislators in the state of Georgia."

"Yeah, this is really the fallout from the ten weeks of misinformation that flew in from former President Donald Trump," said Duncan. "And really, I went back over the weekend to look at where this really started to gain momentum in the legislature. And it was when Rudy Giuliani showed up in a couple of committee rooms and spent hours spreading misinformation and sowing doubt across, you know, hours of testimony."

"The conversation has really been driven by the outside fringes on both the right and the left," said Duncan. "And then all this to be said, we've lost two U.S. Senate seats, as a Republican. We've lost the White House. We've lost the All-Star Game. Look, we need to pick up the pieces here and move on. We need to turn the page. You've heard me talk about GOP 2.0' as a Republican. It's time to do it. And I think Donald Trump speaks more and more for the outside right fringes than he does for mainstream Republicans."

Giuliani is currently facing a $1.3 billion defamation lawsuit from an election systems company he repeatedly suggested manipulated the count in Joe Biden's favor.

Cramer spoke to The Jay Thomas Show Tuesday -- no longer hosted by Jay Thomas who died in 2017 -- and answered questions for callers.