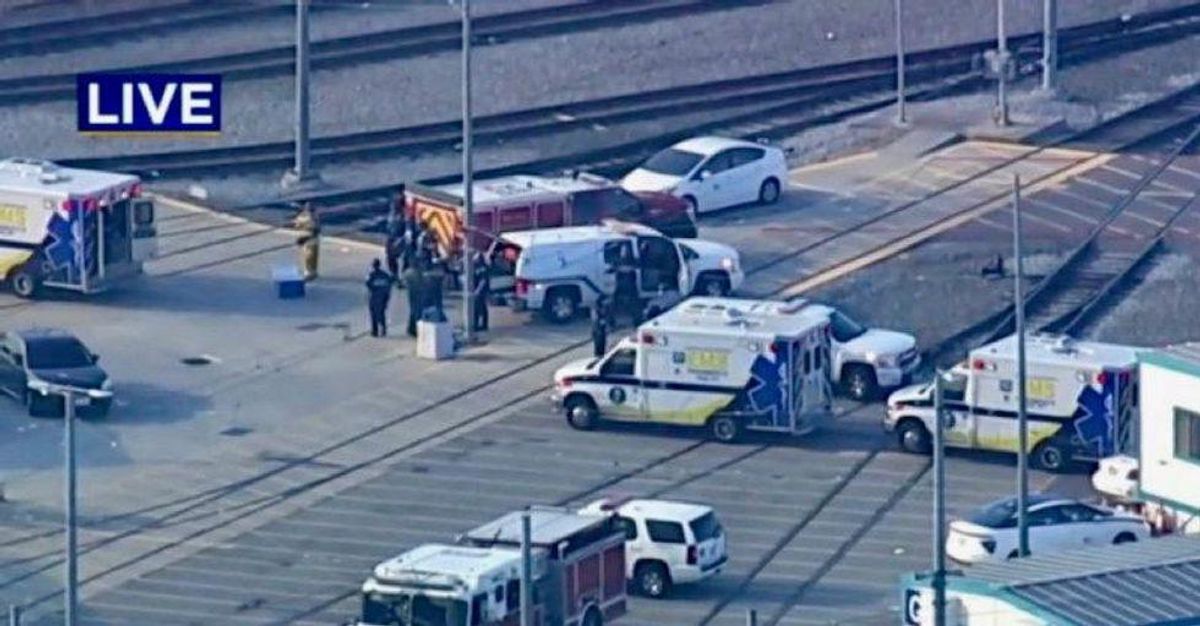 On Wednesday, the San Francisco Chronicle reported that the former girlfriend of the man identified as the gunman at the San Jose rail maintenance yard testified in a sworn declaration that he had raped and abused her, often during "mood swings" fueled by alcohol consumption.

Analysis has shown that mass shooters very often have a history of violence against women.

The armed rampage killed eight Valley Transportation Authority employees, plus the shooter himself. CNN reported that dogs may have also detected explosives on the scene and a robot has been sent to search.