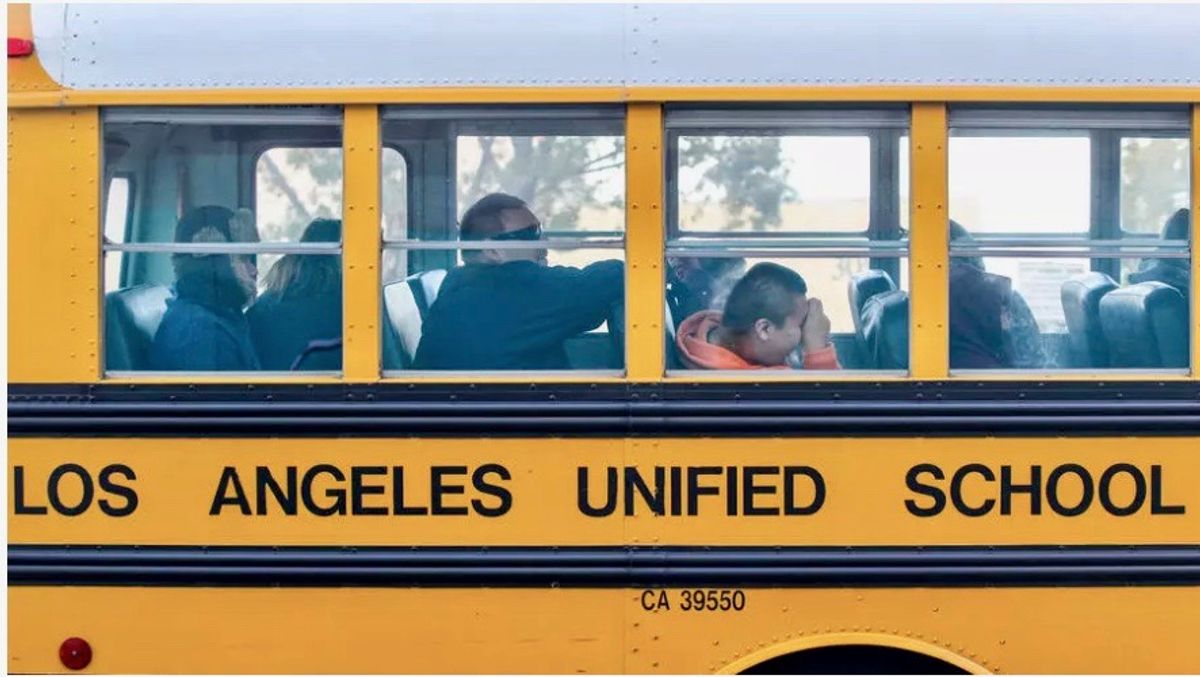 A U.S. Army trainee hijacked a bus full of elementary school students Thursday in South Carolina -- but let them go after they pestered him with questions.

The trainee left Fort Jackson with a rifle around 7 a.m. and tried to hitch a ride on Interstate 77 before spotting the school bus stop, where he boarded the bus and ordered the driver to take him to the next town, reported NBC News.

"[He] told the bus driver that he didn't want to hurt him, but he wanted him to drive him to the next town," said Richland County Sheriff Leon Lott.

The trainee, who was in his third week at the base, brought all 18 children to the front of the bus, where they "frustrated" him by "asking lots of questions to the suspect, if he was going to hurt them or the bus driver," the sheriff said.

He then let the children and driver off the bus and drove himself a short distance before abandoning it with the rifle still on board.

The trainee was captured a short time later, and none of the children or the driver were harmed.

"I'll give the bus driver credit," Lott said. "He kept his cool. He didn't overreact, he didn't get excited. He kept his cool enough that kept the situation calm, and I will tell you his main concern was the safety of those kids."