"I'm curious, Do you think the sea level would lower, if we just took all the boats out of the water? Just a thought, not a statement," wrote Scott Pio, who is challenging Democratic Del. David Reid in Loudoun County's District 32.

Pro-Trump candidate suggests taking 'all the boats out of the water' to lower sea levels youtu.be

Pio subsequently deleted his tweet, but not before it was picked up by the Democratic group Blue Virginia.

Pio later wrote in response to Blue Virginia's post, "When you take things out of bath water, the bath water decreases, does it not? Got a lot of hate from your group for asking a question about taking things out of the water. Curious when you stopped believing in pure physics? I guess you don't believe in science experiments?"

In its post, Blue Virginia pointed to some of Pio's other views, including his opposition to abortion in all cases, and his belief that there should be no restrictions on guns.

According to a tweet from last November, Pio is the organizer of the "Trump International Rapid Response Team," which mobilizes in support of the former president when he golfs in Virginia.

Randall Munroe, an engineer who authors the award-winning webcomic XKCD, recently calculated an estimated answer to Pio's question about the impact of removing all boats from the water. Munroe concluded that the impact on sea levels would be "about six microns—slightly more than the diameter of a strand of spider silk."

"But you don't have to worry about that six-micron sea level drop," Munroe wrote. "The oceans are currently rising at about 3.3 millimeters per year due to global warming (through both glacial melting and thermal expansion of seawater). At that rate (normalized for seasonal variation and short-term fluctations), if you removed every ship from the ocean, the water would be back up to its original average level in 16 hours." 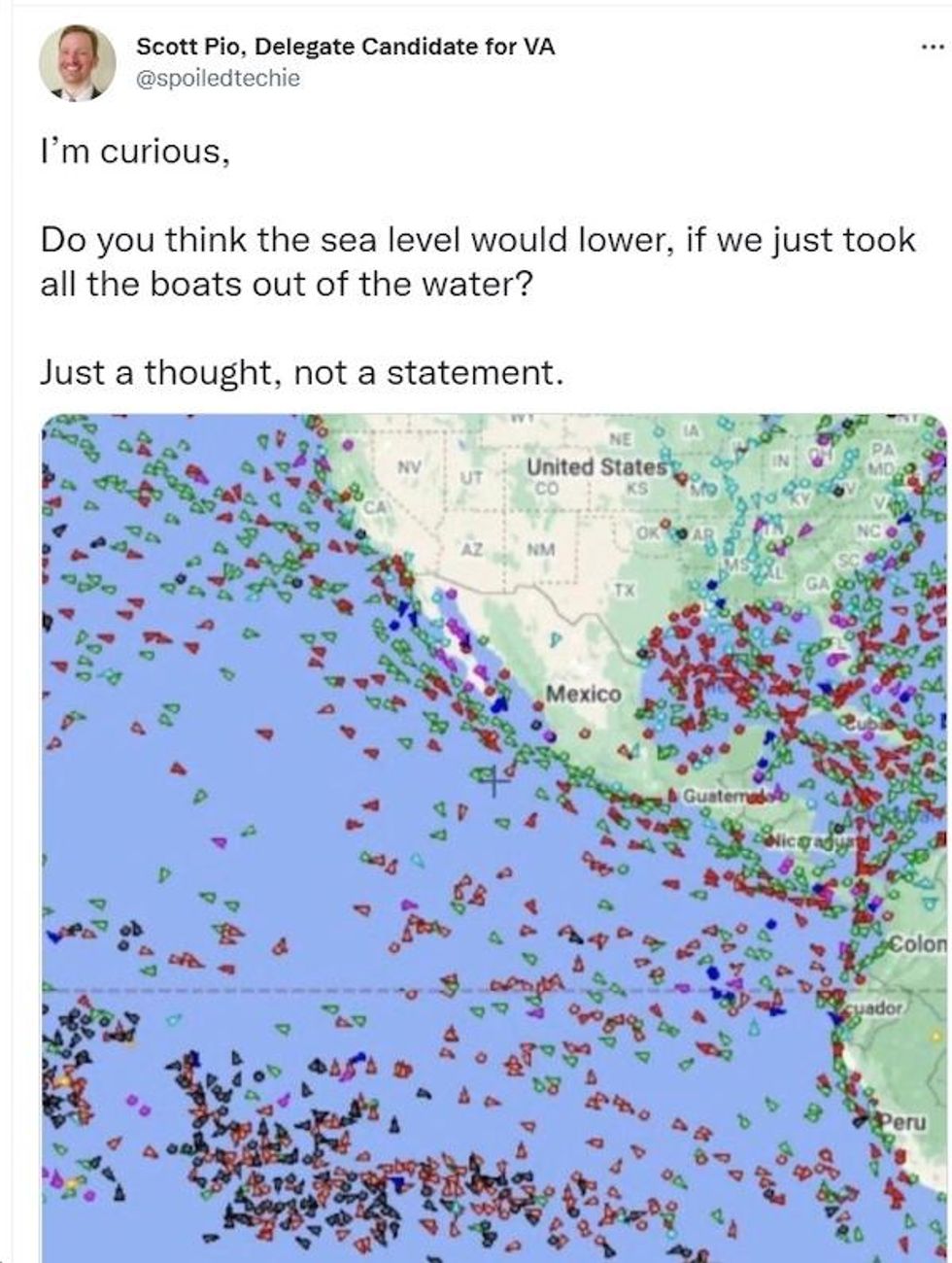