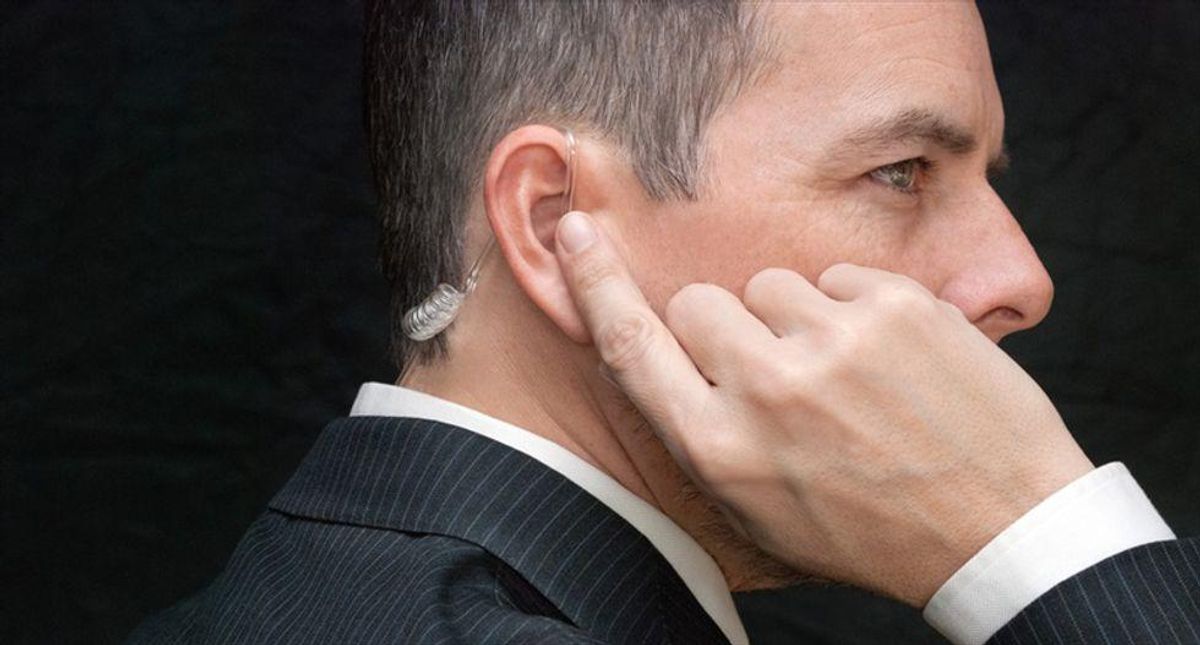 'A Secret Service Agent Listening To His Earpiece' [Shutterstock]

As the first Black president, Barack Obama and his family experienced their own unique challenges with fence-jumpers and shots fired at the White House that made it to the walls of the building. While the first couple wasn't in the White House during the shooting, their daughter and Mrs. Obama's mother were inside. But the Obamas were never told about the incident.

During Donald Trump's administration, the president sought to ban overweight agents from his detail. He explained that they couldn't possibly protect him if they were too fat to run down the street. During his time in the White House, Trump's wife and young son weren't the only ones being protected by the Secret Service. Taxpayer dollars also went to protect Tiffany Trump, Ivanka Trump and Jared Kushner, Eric Trump and his wife, and Donald Trump Jr. and his family.

The protection of Trump's family has lasted months after he was removed from office. It ultimately has cost millions of additional dollars to protect Trump's adult children. In one month, the adult children cost taxpayers $140,000, found the Citizens For Responsibility and Ethics in Washington (CREW).

"But the numbers omit what's likely the most expensive and certainly the most controversial aspect of the extended protection: the cost for agents to stay at Trump properties, which CREW said the Secret Service did not provide," said Forbes May 5.

Leonnig's book reveals that Trump's daughter Tiffany and ex-daughter-in-law Vanessa got "inappropriately close" to their Secret Service. There were also allegations that Trump directly profited off of the Secret Service staying in his properties.

The Biden Administration is denying a report that the incoming administration demanded a fresh set of agents for Biden.

At the same time, in Secret Service Facebook groups, the agents were speculating that President Joe Biden's election was illegitimate. They even went so far as to call the rioters patriots.

"Nobody's paying enough attention," Leonnig said, noting that it applies to the Department of Homeland Security and Congress.