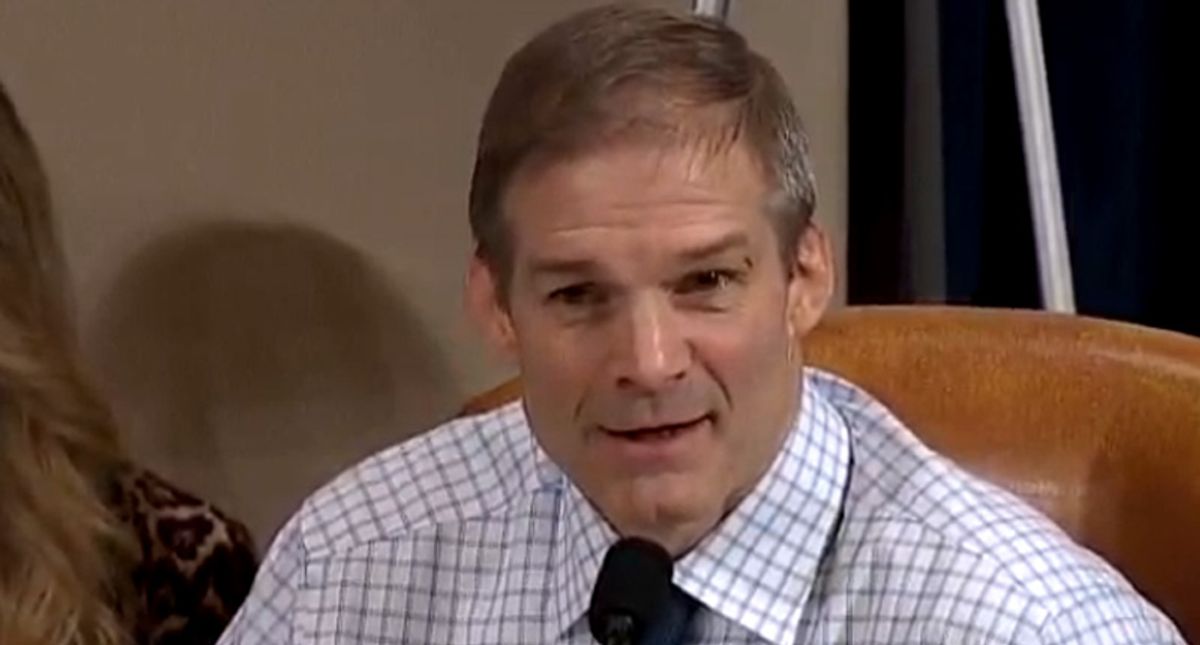 "First, it was don't wear a mask," Jordan griped. "Then, it was wear a mask. Now? Wear two masks! What's next? Shopping in plastic bubbles?"

Other social media users were happy to correct the Ohio Republican and question his logic.

People learn about things. And then they adjust their viewpoints. Viruses also change. So we adjust our approach. 🤦♂️
— Parlertakes🇺🇸 (@parlertakes) January 26, 2021

Amazing how science changes when we learn more,

And gym still has a job even after covering for sexual predators.

Have you not been paying attention? The new strain is much more transmissible. God forbid someone makes suggestions so people can better protect themselves and others...
— Keli Likes Naps (@potatochipfarts) January 26, 2021

Please be less stupid. He never said not to wear a mask. He said where mask wearing isn't feasible to practice social distancing. The virus has mutated and adapted this year. Fauci is trying to help you. I dont know why, but he's a really good person. Again, be less stupid. pic.twitter.com/zbRVnNEQ2r
— Lois Beans (@LoisBeans) January 26, 2021

Stop. Playing. Politics. With. The. Pandemic.

We need to listen to the public health experts and take a science-based approach to SAVE LIVES. Jim Jordan would rather try to score cheap points off of them to get himself on cable news.
— Jeff Sites for Congress (@Sites4Congress) January 26, 2021

It cracks me up people think masks are some big conspiracy when we've said “cover your nose when you sneeze" our whole lives. It's kinda like that but on a pandemic scale. Make sense, Gym?
— 🇺🇸Angela 🇺🇸 (@AngelaFeth) January 26, 2021

Dude it's called learning. You should try it.
— ArrestedPresidency (@Arrested_45th) January 26, 2021

First, it was brakes.
Then, it was speed limits.
Now? Seat belts!

You really aren't the guy to talk about whether to pay attention to what the team doctor is doing.

I'm old enough to remember when the dumbest kids in the class sat in the back, quietly. Now, they don't even raise their hands - they just SCREAM the wrong answers for all to hear.