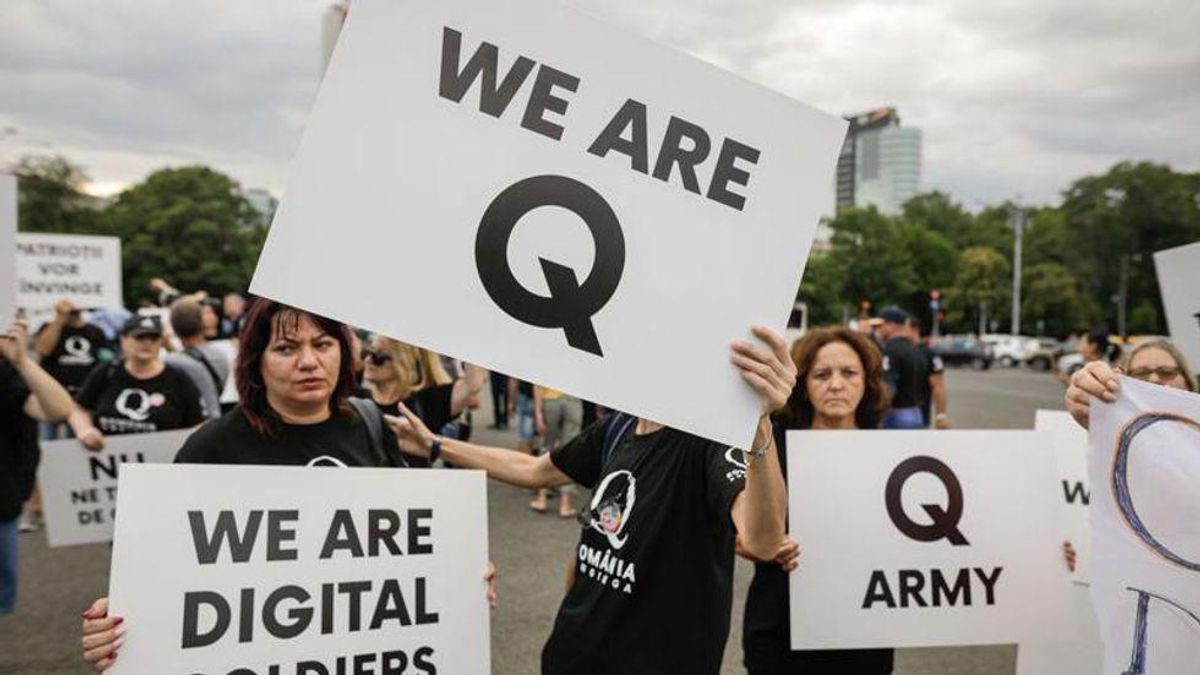 A musical message of tolerance by members of the San Francisco Gay Men's Chorus has resulted in death threats from the far-right in the age of the QAnon conspiracy theory.

Fifty members of the choir released a music video that the group is now struggling to remove from the internet.

"The ditty is called 'A Message From the Gay Community,' and it's a clever victory anthem about the gradual normalization of gay culture among the youth of America," SFist reported Thursday. "The wingnut furor has focused entirely on two lyrics — 'We'll convert your children' and 'We're coming for your children' — which the QAnon set assumes is an open declaration of sexually exploiting minors. But a full listen to the track (lyrics here) makes it clear to any reasonable listener that the choir is talking about winning hearts and minds by being funnier, more likable, and better dressed."

"We have received emails, phone messages, threats across all of our social media platforms — not just the chorus, but the staff, as well as the soloists who were featured in the song," he said. "The [Youtube] comment that continues to stick out in my head is the one that said 'We're going to put lead in your head.'"

"Someone on Twitter took a screenshot of the singing members of the chorus and created a speadsheet and was starting to identify them," Verdugo explained. "Some of our members' jobs were contacted saying, 'Do you know you have a pedophile working for you?' or things of that nature. Singers on their social media have been getting threats. It's been a harrowing 36 hours."

He said the organization's leadership shut down their office.

Members of the choir were even accused of being registered sex offenders.

"SFist will not link the post, but some joker has more than a thousand quote-tweets claiming that many members of the chorus are registered sex offenders. We won't name these individuals' names, as these choralists are surely living through hell right now. But we checked the Megan's Law database, and each of these were mere 'similar name' deals citing offenders who are registered hundreds of miles away from San Francisco, and the offender's photos do not even remotely match the appearance of the choir member," SFist noted.

According to an analysis by the Advocate, conspiracy theorist Alex Jones helped lead the backlash.