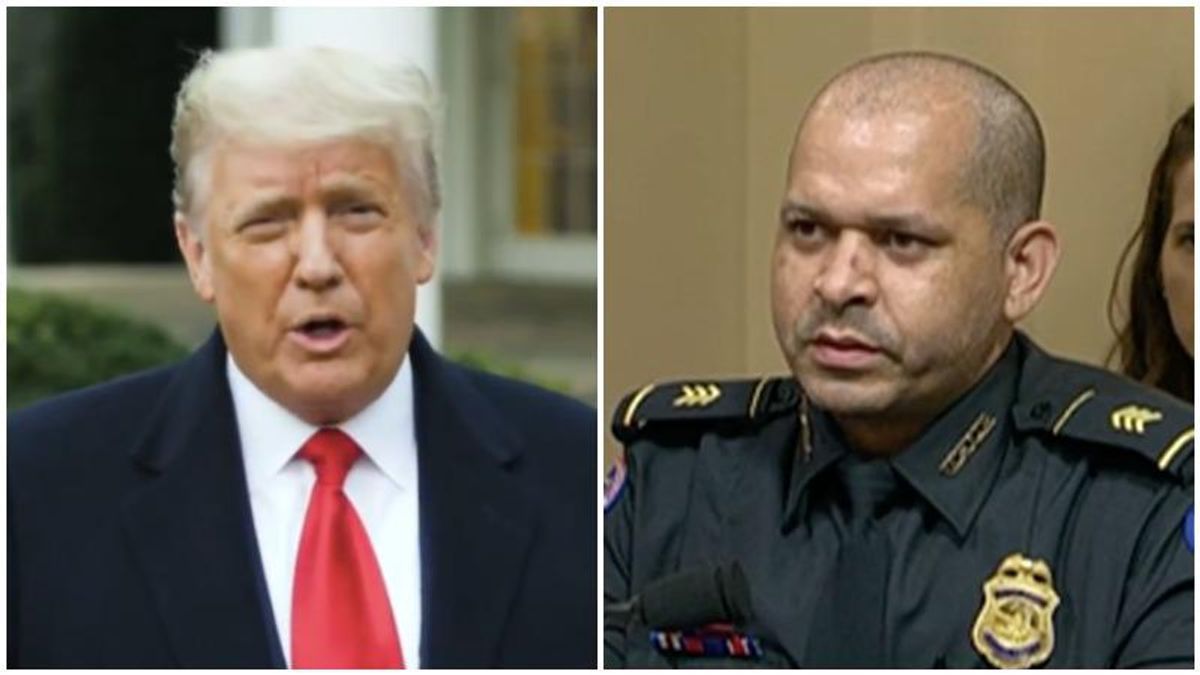 "It's upsetting," he said. "It's a pathetic excuse for his behavior, for something that he himself helped to create, this monstrosity. I'm still recovering from those 'hugs and kisses' that day that he claimed that so many rioters, terrorists, were assaulting us that day. If that was hugs and kisses, we should all go to his house and do the same thing to him. To me, it's insulting, it's demoralizing, because everything that we did was to prevent everyone in the Capitol from getting hurt. What he was doing, instead of sending the military, instead of sending the support or telling his people, his supporters to stop this nonsense, he egged them to continue fighting."

The rioters were clearly Trump supporters, despite what the ex-president and some of his allies say.

"I was on the lower west terrace fighting alongside these officers," Gonell said. "All of them, all of them were telling us. It was not Antifa, it was not Black Lives Matter, it was not the FBI. It was his supporters that he sent over to the Capitol that day. He could have done a lot of things. One is to tell them to stop."

"He talks about sacrifices," Gonell added. "The only thing he has sacrificed is the institutions of the country and the country only for his ego, because he wants the job, but he doesn't want to do the job. That's a shame on him himself."