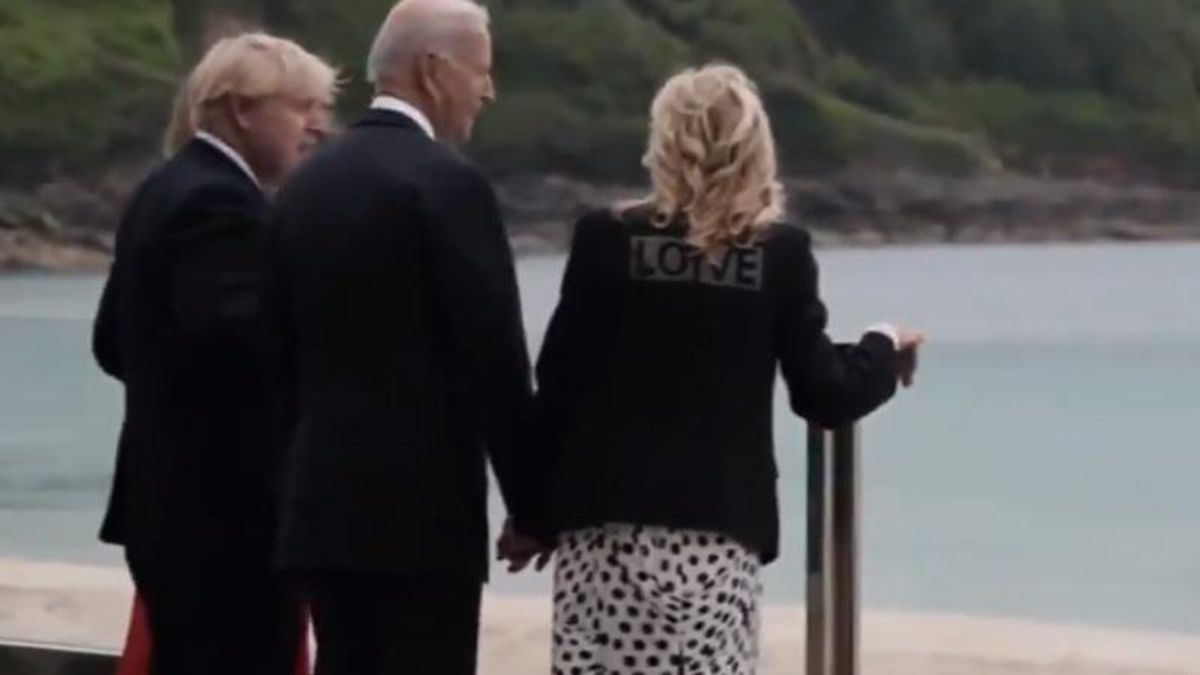 Fans of First Lady Jill Biden were ecstatic on Thursday after seeing her wearing a jacket with the word "Love" on the back. The fashion choice was seen as a jab at former First Lady Melania Trump, who once raised eyebrows by visiting the U.S.-Mexico border in a jacket that stated "I Don't Really Care, Do U?"

"Jill Biden knows a jacket with words on the back will automatically draw comparisons to Melania, so it's fascinating that she would want a (not subtle) troll move to define one of her highest profile moments in the administration so far," tweeted Republican commentator Matt Whitlock.

"Hard to see that jacket and not remember former First Lady Melania Trump wearing the jacket that said 'I really don't care do you?' tweeted ABC News reporter Jordyn Phelps.

But other reporters noted that she had worn the jacket before:

Nevertheless, many people were happy to see the positive message:

Jill Biden actually cares. Melania Trump on the other hand, doesn’t give a damn. #BeBest kinda fizzled out after a… https://t.co/XyNpkMpp6I
— KeanoTheDog (@KeanoTheDog) 1623341525.0

@PeterAlexander @FLOTUS Everything about @FLOTUS is a refreshing contrast to the the former one. She embodies all t… https://t.co/DJI2s0thqD
— CaliSandStorm (@CaliSandStorm) 1623338688.0