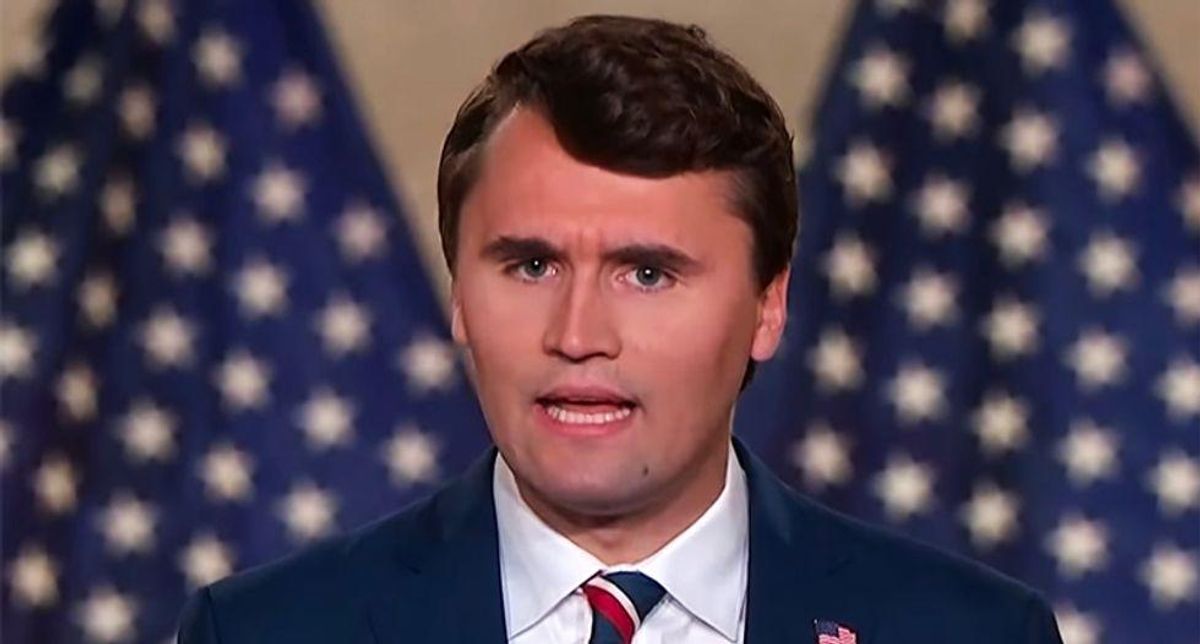 Conservative Clay Travis appeared on Fox News Tuesday night and implied that Biles had never learned how to "overcome moments of discomfort and challenges that arise during the course of athletics," despite the fact that she has been competing on the world stage for years and has won four Olympic gold medals.

Turning Point USA founder Charlie Kirk, meanwhile, went even further and called Biles "a shame to the country" and said it was proof that "we are raising a generation of weak people."

Matt Walsh of the Daily Wire also tore into Biles and said her decision to quit was akin to NBA legend Michael Jordan quitting on the eve of a Game 7 of the NBA finals -- despite the fact that Jordan actually did quit basketball while still in his prime after the murder of his father.

British TV personality and one-time Trump fan Piers Morgan called Biles "a joke" for withdrawing and lamented that "kids need strong role models, not this nonsense" that they're getting from a four-time Olympic Gold Medal winner.

And Zaid Jiliani, a one-time progressive who is now a professional Substack contrarian, said that Biles was representative of "millennials who fail at stuff then get celebrated for it" and thus "should be exempted from public leadership."

Jilani went on to imagine how having a weak-minded person such as Biles in charge of the United States could lead to a nuclear holocaust.

"If we don't settle this at some point there will be a president who walks away from a diplomatic summit from China, 'I just can't. Sorry. Self-care, folks," he wrote. "And then there's a nuclear exchange. And we're all dead."

In reality, a president suffering from severe mental health problems would be doing the country and the world a service in withdrawing from tense nuclear arms negotiations rather than following Jiliani's suggestion of toughing it out.

All of these takes are reminiscent of something philosopher John Holbo described in a classic essay as "Donner Party" conservatism, in which conservatives go so far back in their nostalgia for bygone eras that they romanticize times when people had to eat one another just to survive.

At the center of this belief system is the idea that Americans were once "tough" and have been successively growing "soft" thanks to a wide range of culprits that can range from feminism to popular culture to participation trophies.

There is some truth to this in the sense that our ancestors were physically tougher than we are today because they didn't have electricity or modern medicine.

They also lived much shorter lives and were susceptible to dying from horrible diseases ranging from smallpox, cholera, and typhoid fever -- or, in the case of the Donner Party, being eaten by their fellow Americans.

The irony of Donner Party conservatives is that they are not the type of people who would do well in such conditions, whereas an incredibly gifted athlete such as Simon Biles would likely thrive if America were somehow forced back to being a hunter-gatherer society.

In fact, people such as Charlie Kirk and Piers Morgan -- who have no appreciable skills other than posting nonsense on the internet -- would very likely be among the first to get eaten should Donner Party conservatives ever get their wish.