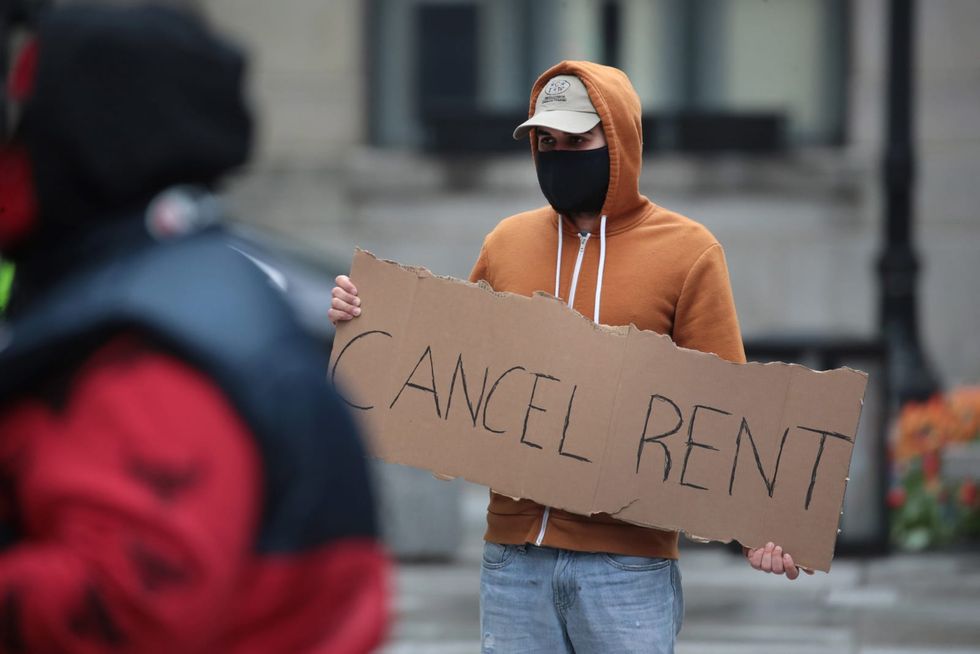 A demonstrator calls on the governor to suspend rent and mortgage payments to help those who have lost their income due to the coronavirus during a protest on April 30, 2020, in Chicago. - Scott Olson/Getty Images North America/TNS

States with small populations say a federal plan to take back unspent emergency rental aid and redistribute it elsewhere is unfair, potentially depriving them and their residents of millions of dollars to address broad affordable housing challenges. Last December’s federal law appropriating $25 billion for emergency rental assistance scattered the money to some 500 grantees across all 50 states—but it also authorized the U.S. Treasury Department to recapture unused funds beginning Sept. 30. Under the law, the Treasury can take back money from grantees that failed to spend or allocate at least ...