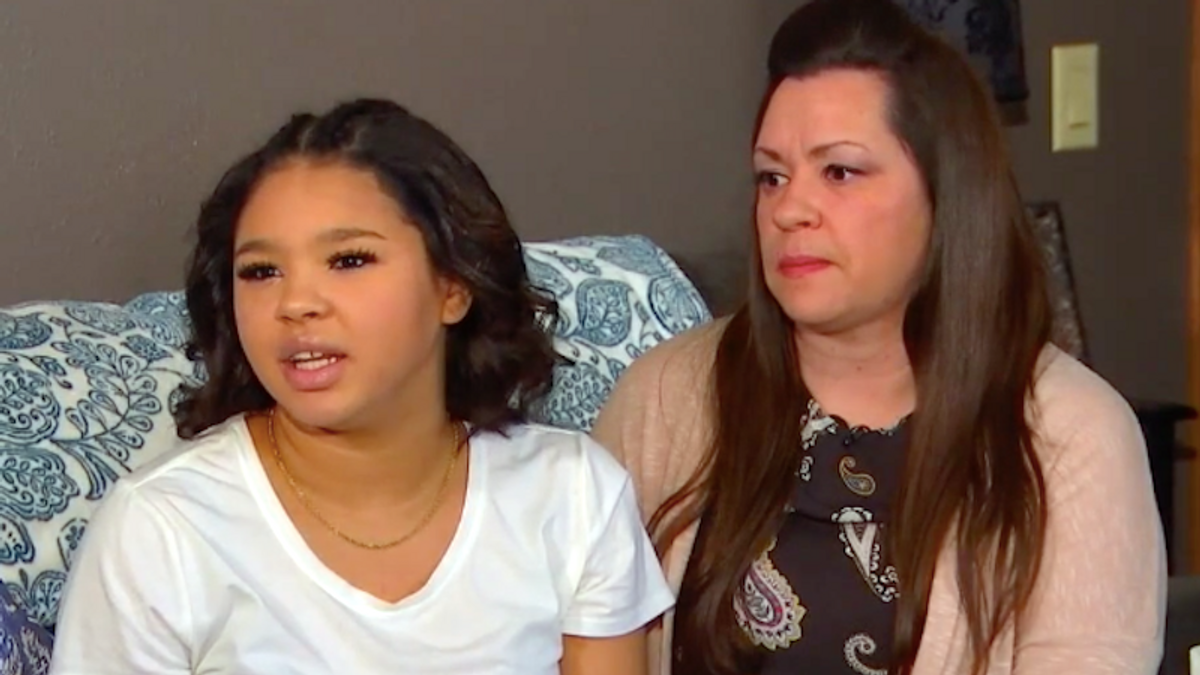 A Minnesota teenager was bombarded with racist abuse from her classmates over social media -- and her mom is furious.

The teens sent racist threats and other abusive comments by Snapchat, starting months ago, and the girl's mother recorded a Facebook video at 2 .m. Saturday because she couldn't sleep from stress, and her plea was viewed more than 6,000 times, reported KMSP-TV.

The bullying messages -- "I will beat the Black right out of you," read one message, while another said, "Get the ropes ready" --became more frequent around December, and Robinson said she reached out to the parents to talk, but only some of them responded.

"She wanted to kill herself, it was to the point of her wanting to take her life," Robinson said. "I mean it was the point of taking her life."

Police investigated the messages but told KMSP that no criminal violations were found, and Robinson said the school district hasn't responded to her complaints.

"I want the school to acknowledge it's an issue," she said. "It's been a long-standing issue."

Administrators from ROCORI High School, where Olivia Williams is a 15-year-old freshman, sent a letter out to families acknowledging that not all students feel comfortable at the school, and promised to address the issue, but the teen said the damage has been done.

"I mean it did break me a lot," said Williams. "Just knowing there's people that could do that. Like I said, they didn't know me, so that hurt a lot at the time."

She's not sure what to do about the abuse, because she relies on social media to stay in touch with friends.

"Me and my friend were talking about that the other day, like we might delete Snapchat," Williams said. "I don't know. I just don't have any other apps that I have everybody else on. I don't have everyone's number. I don't know."

Mom calls for change after daughter bombarded with racist Snapchats

It's the kind of language that startles and stuns most people. Racist to say the least with the n-word and phrases like "I will beat the Black right out of you" and "Get the ropes ready."