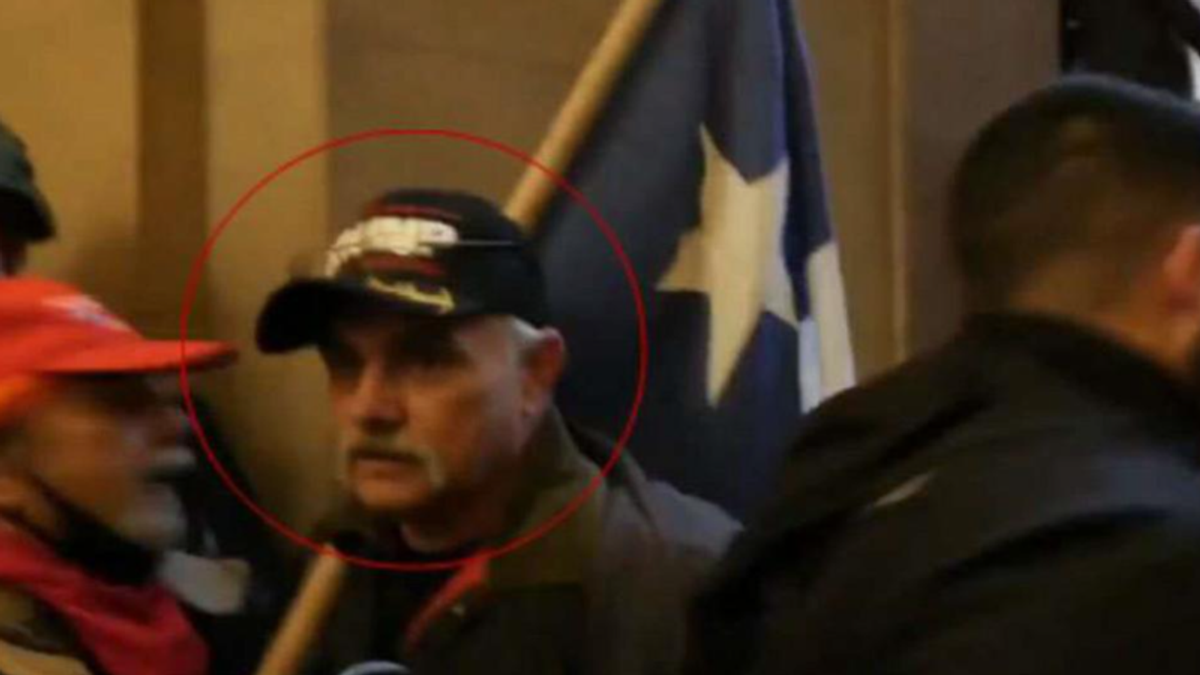 On Thursday evening, the Waco Tribune-Herald reported that a man from Gatesville, Texas who claimed he felt "invincible" storming the Capitol is among the many arrested by the FBI for their involvement in the incident.

Stacy Wade Hager, 57, was arrested May 27 in Waco after someone who saw his Facebook posts alerted federal authorities.

"Photos from the riot show Hager wearing a 'Trump' baseball cap and carrying a Texas flag. Hager is seen on a video talking to a District of Columbia Metropolitan Police Department officer outside the Capitol, according to records in his case. The officer told Hager, 'Nah, nah, I get it, you are just walking up behind our line,' according to federal records," wrote the Waco Tribune-Herald. "'Hager then responded: 'Actually that was my purpose.' The MPD officer continued, 'If you could not, we are all trying to stay safe and get home.' Hager replied, 'I know you are and I really appreciate y'all.' However, Hager continued to walk past the MPD officer and through the barricades where he was instructed by police not to go,' according to federal records."

Hager later wrote on Facebook about his feelings of invulnerability while he climbed the wall of the Capitol, saying, "This was the wall that divides sane and insane, civil and disobedient, frantic and mayhem, relative safety and imminent danger."

Texas has been a key origin of rioters at the Capitol. Three real estate agents in North Texas were charged after taking a private jet to the riot, and another man from Wylie threatened to kill his own children if they turned him in, telling them "traitors get shot."