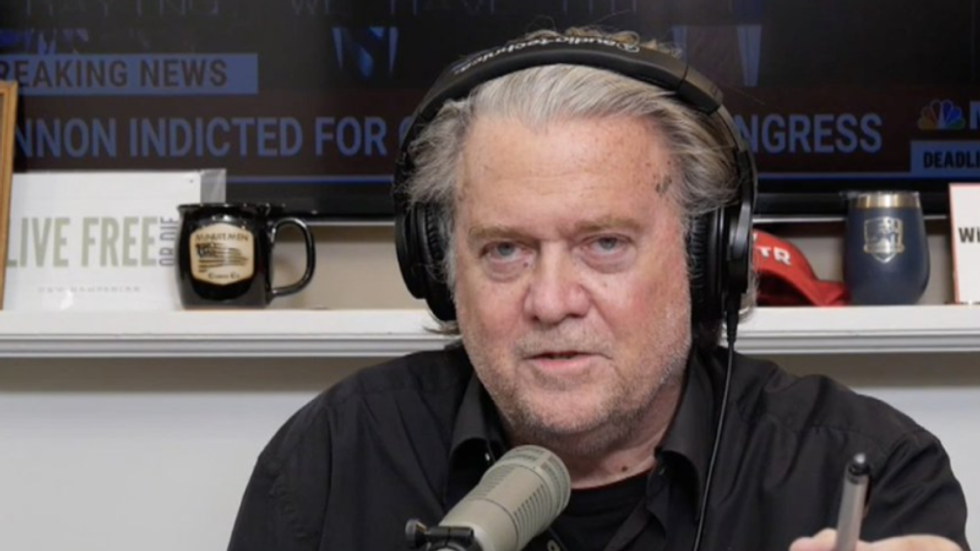 “There's no cost to opposing Congress if you can give Congress a black eye for even daring to ask you questions,” said national security attorney Kel McClanahan.

Bannon, of course, has a right to see the evidence against him, but he's trying to make some of that public by including witness interviews and investigators' internal communications in court filings, which the Justice Department argued could cause "specific harms" such as witness tampering or tainting the jury pool.

“It’s not about trying the case in the media, it’s about making it costly for the committee to go after him,” McClanahan said. “It is graymail, pure and simple: You can’t touch me, because if you do then I’ll spill your secrets.”

News organizations, such as Buzzfeed, CNN and the Washington Post, have taken Bannon's side in the dispute and asked the judge to make those documents available, but some legal scholars believe the Trump ally is trying to pry open the investigation to help other witnesses who don't want to cooperate.

"Normally this doesn’t come up," said former federal prosecutor Jennifer Rodgers, who now teaches at Columbia University. "His whole thing is about blowing up the whole system. He's almost an anarchist. It might not really be about the contents of any particular document -- it might be about the process."

IN OTHER NEWS: Trump whines he doesn’t get credit for crowd size on Jan 6

Trump whines he doesn’t get credit for crowd size on Jan 6 www.youtube.com