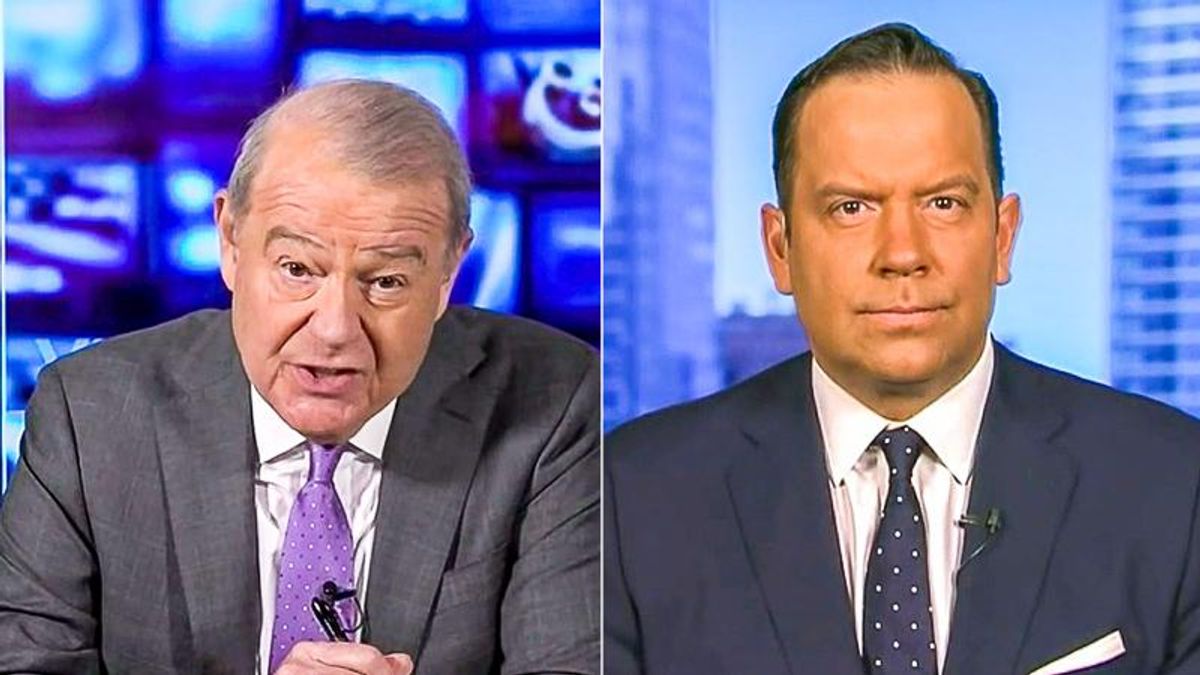 Steve Cortes, an adviser to President Donald Trump, on Wednesday tried to downplay the role of Republicans in the latest impeachment effort.

During an interview with Cortes on Fox Business, host Stuart Varney noted that a number of Republicans -- including Rep. Liz Cheney (R-WY) -- have expressed support for Trump's second impeachment.

"Like it or not, this is a badly divided party," Varney said. "And that does not bode well for the elections in 2022, does it?"

"The party is deeply divided among the powerful elites," Cortes opined. "However, there is really no debate among the voters. In other words, the voters of the Republican Party have decided that we are an America first, workers movement."

Varney disagreed: "I don't think you can dismiss leaders like Liz Cheney and Mitch McConnell in the Senate. You can't dismiss them as the elites who don't count with voters. They do. You can't go into the 2022 election with a divided party."

According to Varney, Republicans "lost the Senate because what he was saying."

"Well, I believe the Senate was lost because Georgia Republicans would not stand up for the president," Cortes insisted.

"Right, that's a divided electorate!" Varney exclaimed. "I mean, with the Senate on the line, Republican voters did not show up. That is a divided party, to the detriment of the party!"

Cortes, however, argued that Republicans lost the Senate due to November's "stolen" presidential election.

"Republican voters in Georgia did not show up, particularly the most hardcore, the deplorables did not show up because they were rightfully so angry that Georgia Republican office holders, people like [Gov. Brian Kemp and Secretary of State Brad Raffensperger] did not stand up for election integrity in Georgia," Cortes remarked. "They did not believe their votes would count in Georgia -- and by the way, for valid reasons."

"Because we believe, again for significant statistical as well as constitutional reasons, that Donald Trump won the legal vote in Georgia and that that election was stolen from Donald Trump," he added.