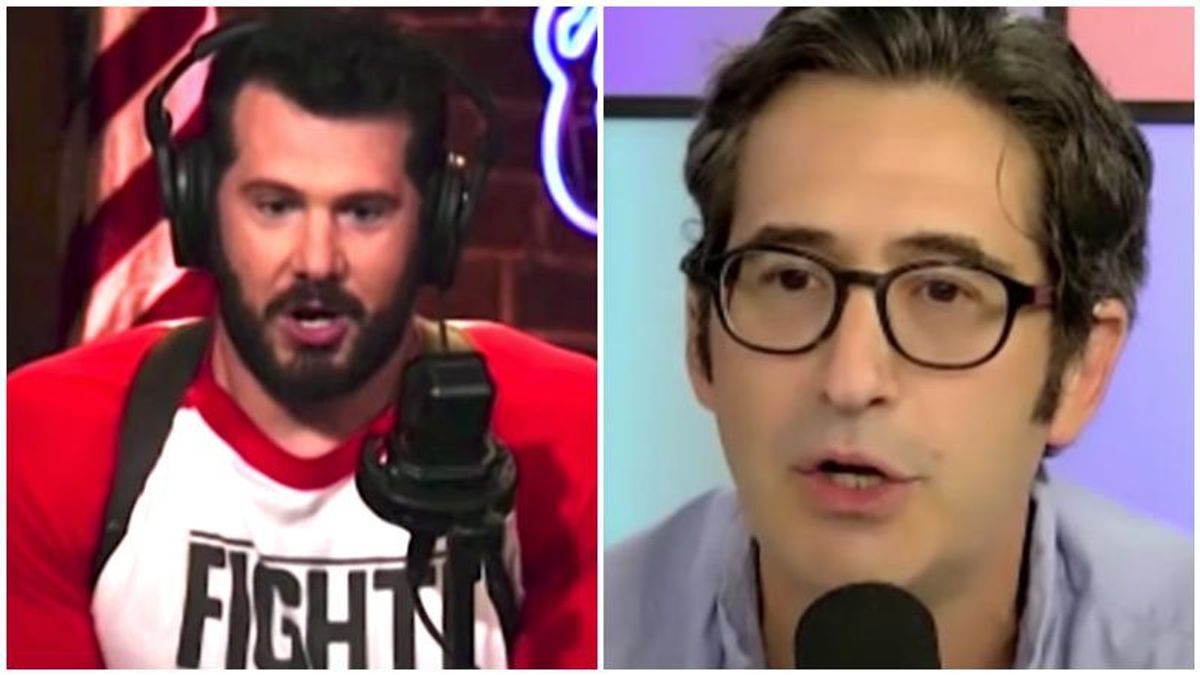 Conservative YouTube commentator Steven Crowder is the subject of online mockery after a meltdown he had due to being tricked into debating liberal podcaster Sam Seder on the latest episode of the H3 Podcast with Ethan Klein.

Whether or not Crowder was joking or if the whole thing was planned is unclear.

"I told you, I guarantee you he would do anything he can to avoid a debate," he said before mentioning Klein's recent feud with Trisha Paytas, saying, "He just takes advantage of women with mental health issues."

Seder, who hosts The Majority Report, defended Klein, saying, "Yeah, but you, you would do anything to avoid talking to me."

"Sam, I don't start debates with people based on lies!" Crowder said before shutting off his webcam.

I was looking forward to this because I wanted Sam Sedar to expose Steven crowder for the babbling idiot he is, but… https://t.co/th9s8Gmu2h
— Mightykeef (@Mightykeef) 1624371694.0

When Steven Crowder trends on Twitter, I think about how Fox News fired him and then "a senior-level source" slamme… https://t.co/pZ9TlP6QZX
— Eric Hananoki (@Eric Hananoki) 1624375892.0

Does a single second go by on any day where Steven Crowder isn't the biggest loser on the internet?
— CircleToonsHD (@CircleToonsHD) 1624370246.0