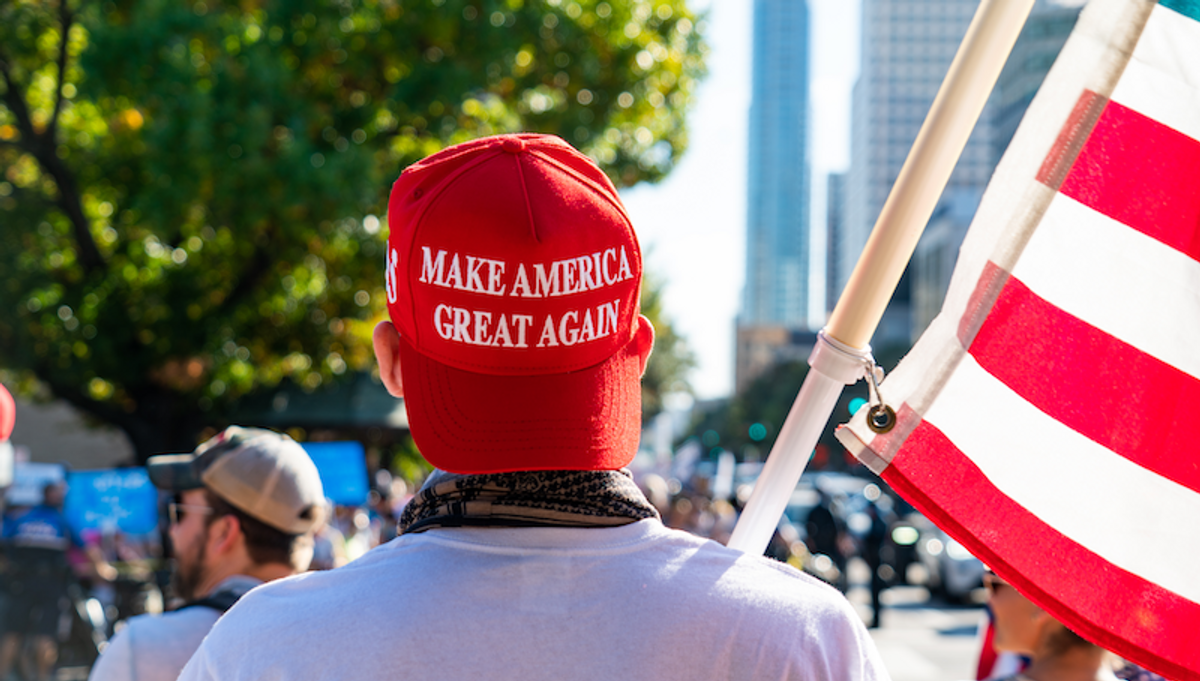 A Republican activist in South Carolina claims he was badly beaten for wearing a Donald Trump hat in Myrtle Beach this week, but the owner of the restaurant where the incident allegedly occurred is disputing his claims.

Steven Lyles, 46, was hospitalized after suffering significant injuries early Tuesday during a night out in the Broadway at the Beach entertainment district, according to the Sun News.

Lyles' attorney, Reese Boyd III, claimed a bouncer at the door of Senor Frog's restaurant told Lyles that his hat — which featured the presidential seal, Trump's signature, and "TRUMP" printed in small letters on the back — was "not acceptable." After Lyles entered the restaurant anyway and sat down at the bar wearing his hat, the bouncer "grabbed him, dragged him outside and beat him up," according to Boyd.

However, the co-owner of Senor Frog's, Jerry Lomeli, denied that the bouncer took issue with Lyles' hat, and said the restaurant's security did not injure him. Instead, Lomeli said Lyles tried to enter the restaurant after 1 a.m., when it stops allowing new customers. After security turned him away — which was captured on security footage — Lyles somehow entered the restaurant anyway and sat down at the bar.

"One of the security guys recognized him and (mentioned it) to the owner. . . and (Lyles) started acting belligerent," Lomeli said. "He mentioned this about 'I'm wearing this hat' and they said, 'No, you're trespassing.'"

Lomeli said after restaurant staff escorted Lyles out, Broadway at the Beach security intervened — and that's when he got hurt.

A representative from Broadway at the Beach declined comment.

Myrtle Beach police received a call at 1:32 a.m. Tuesday about a "disorderly subject (who) was refusing to leave" and "trespassing," saying "security has male detained." Less than a minute later, Lyles reportedly was pepper-sprayed, and at 1:50 a.m., an ambulance was called.

Boyd said he was "shocked" by Lyles' injuries and that he received a "whooping." He suffered bruises over large portions of his body, including around his face and eyes, and "blacked out" during the incident.

"To say this guy was beat up would be an understatement," Boyd said. "He was beaten extremely badly and way out of proportion to any offense that he may have done."

Lyles, who is from Columbia, reportedly was in Myrtle Beach to visit a GOP activist friend who runs "Red Hats for America," which makes and distributes pro-Trump hats. He was released from a hospital Wednesday.