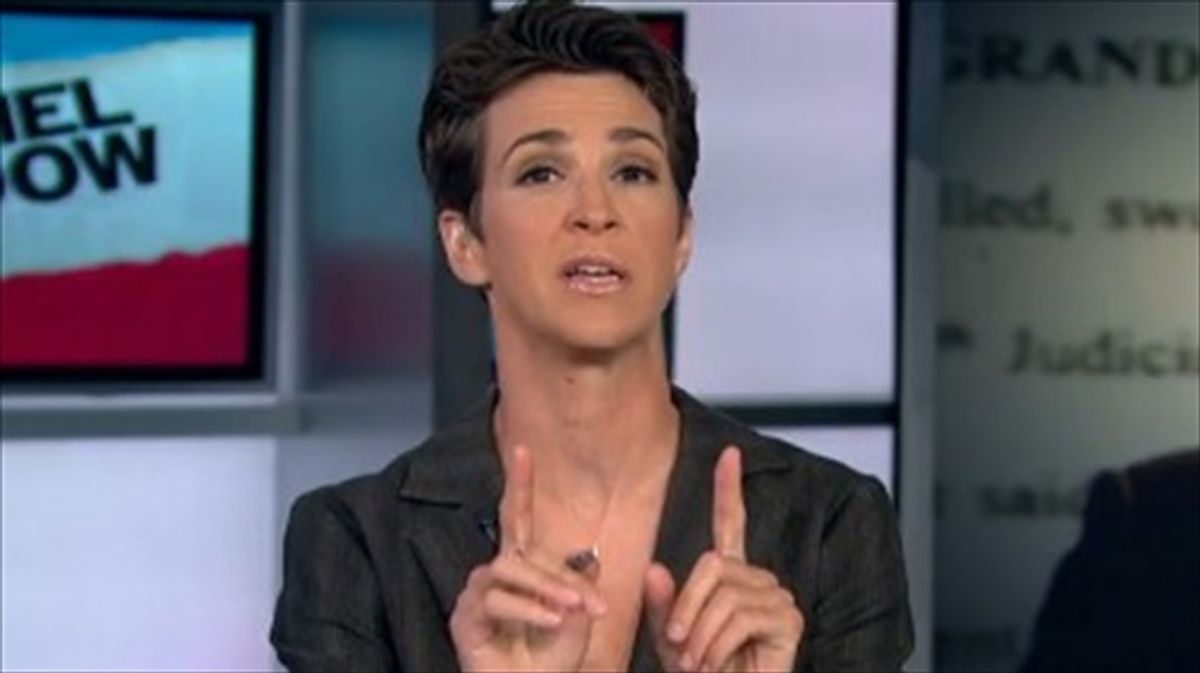 "In fact, when the assault on the U.S. Capitol happened on January 6th, Steven Mnuchin was in the middle of that shopping spree — I mean that trip," said Maddow. "Because of the attack on the Capitol, he got all sorts of press for sort of nobly taking action to cut short his trip, and in fact, he didn't end up going to Kuwait after all. He canceled the Kuwait part of that trip, but even after the attack on the Capitol on January 6th, he did keep stretching his Middle East trip out just a little while longer, as long as he conceivably could, specifically so he could squeeze in at least one last trip to Saudi Arabia for what was expected to be one last visit with MBS, with Crown Prince Bone Saw."