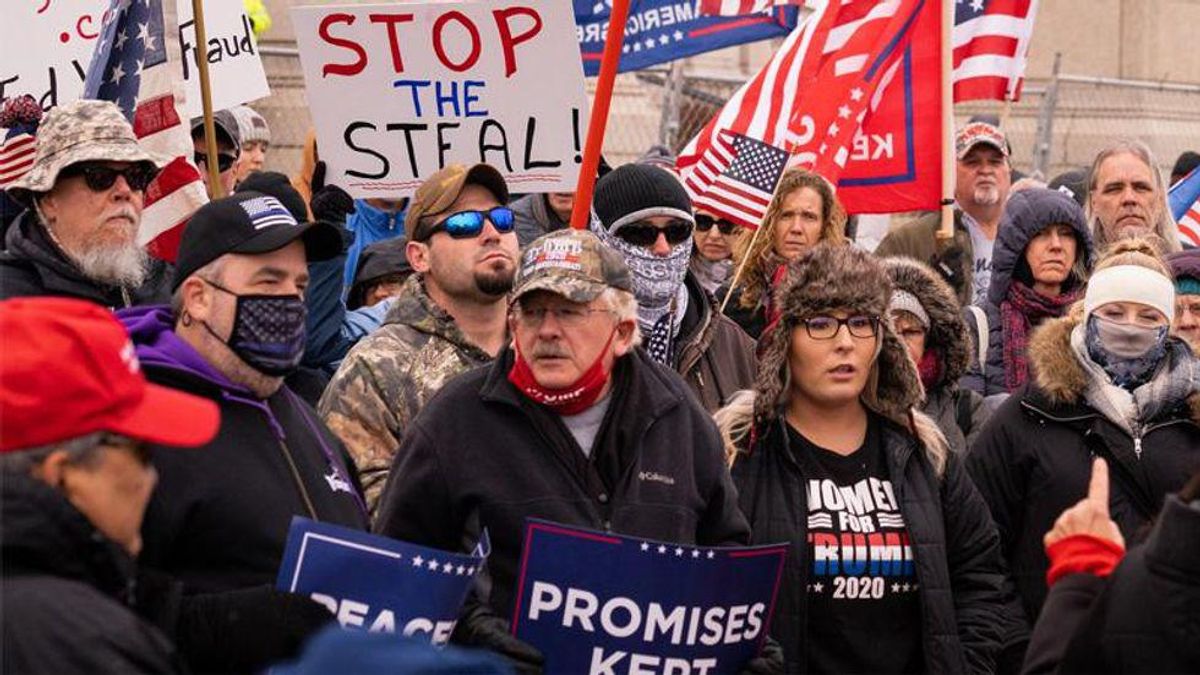 The chief of Capitol police and the department's top intelligence officer personally signed off on permits for six demonstrations ringing the U.S. Capitol on Jan. 6, 2021, despite red flags raised by officers that the groups all seemed to share the same goal, according to newly released documents.

BuzzFeed News obtained documents as part of an open-records lawsuit related to the permits for protests for various pro-Donald Trump groups and found that Capitol police were concerned that organizers had attempted to conceal their ties to "Stop the Steal" activist Ali Alexander as part of an effort to secretly coordinate protests on the day Congress was set to certify Joe Biden's election win.

"One Nation Under God is not an organization and does not maintain social media accounts or webpages," wrote one officer who reviewed a Dec. 21 request by a group called One Nation Under God, which asked for a permit to stage a protest against election fraud Jan. 6 at the Senate East Front grassy area between 9 a.m. and 6 p.m.

"I explained that it appears that the Stop the Steal and the One Nation Under God is one [and] the same due to the similarities and the affiliation with Ali Alexander," the officer added.

Another officer raised concerns Dec. 31 that some of the groups requesting permits appeared to be "proxies for Stop the Steal" and "may also be involved with organizations that may be planning trouble."

However, One Nation Under God was granted a permit personally signed off by then-chief Steven Sund and then-assistant chief of police for protective and intelligence operations Yogananda Pittman, who told Senate committees in April -- after she had been elevated to chief -- that she believed police intelligence officers properly vetted the applications and concluded none of them were affiliated with Stop the Steal.

The permit application listed Nathan Martin, of Shelby, Ohio, as a representative of One Nation Under God, and the newly released documents show a Capitol police officer spoke to him Dec. 28 and found him fairly unresponsive, and the Iraq War veteran directed him to the group's "spokesman," Stephen Brown, who told the officer that Martin was "associated with Stop the Steal and travels with Ali Alexander."

Brown and Alexander did not respond to requests for comment, but Martin told BuzzFeed News that he was affiliated with both groups but couldn't explain the purpose of One Nation Under God' or how it was formed, and he couldn't explain why his name was on a permit application he'd never seen.

Police raised concerns that protest -- like four others suspected of being tied to Stop the Steal -- would draw more than the 50 people to which each was limited, but documents show the department performed little more than an internet search to research the groups or their organizers.

"Denying someone a permit based only on a belief that the group is a 'proxy' for another group would be an unlawful prior restraint," said a spokesperson for Capitol police."Before January 6, the Capitol Police knew the Congress and the Capitol Grounds were to be the focus of a large demonstration attracting various groups, including some encouraging violence," the spokesperson added. "Based on this information, the Department enhanced its security posture and tried to get support from the National Guard. What the intelligence didn't reveal, was the large-scale demonstration would become a large-scale attack on the Capitol Building, as there was no specific, credible intelligence about such an attack."
SmartNews
Report typos and corrections to: corrections@rawstory.com.
READ COMMENTS - JOIN THE DISCUSSION