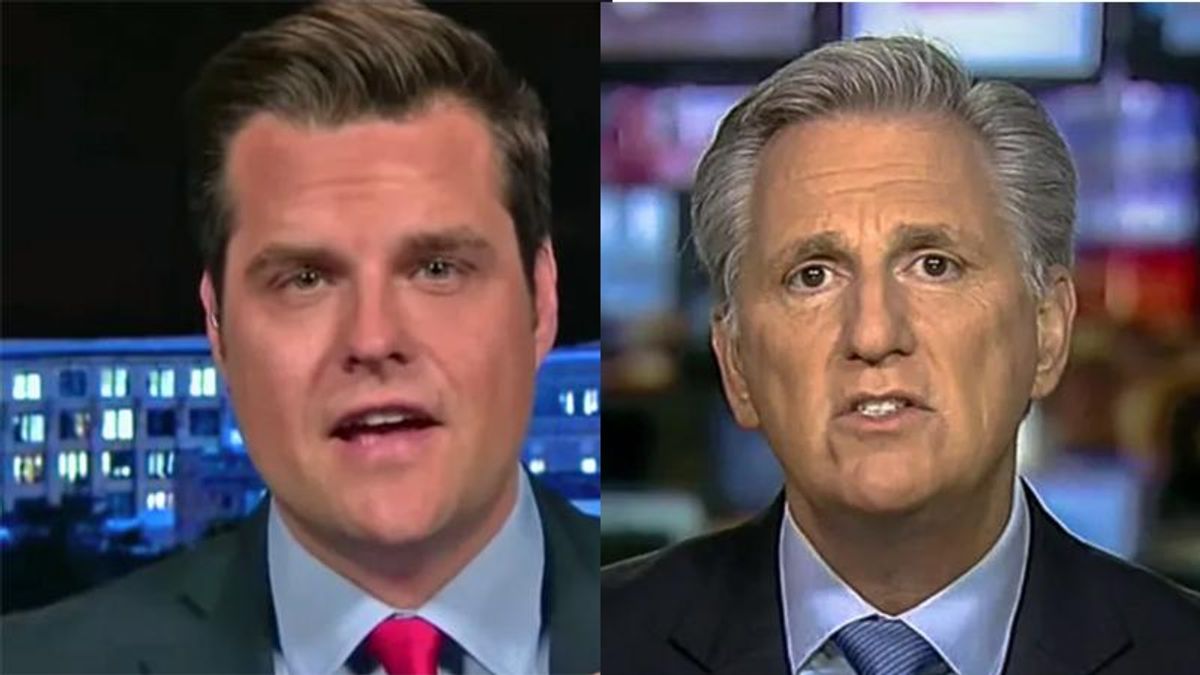 Noonan began her column by quoting Cheney accusing the president of inciting insurrection against the U.S. government on the House floor, where she told her colleagues on both sides of the aisle, "The president of the United States summoned this mob, assembled the mob, and lit the flame of this attack. Everything that followed was his doing. None of this would have happened without the president. The president could have immediately and forcefully intervened to stop the violence. He did not," before adding, "There has never been a greater betrayal by a president of the United States of his office and his oath to the Constitution."

According to Noonan, that is what leadership looks like in contrast to GOP lawmakers who tried to excuse the storming of the U.S. Capitol by hordes of right-wing extremists who support Trump.

As Noonan explained, Cheney gave fellow Republicans cover to join her in condemning the president but the majority of GOP House members "were stupid and cowardly."

"They claimed high-minded concern for the nation's well-being, but they didn't seem to believe their own arguments; some rushed through their statements, some gestured wildly as if hoping their arms could convince their brains they were sincere," the conservative columnist suggested.

She pointed out that, instead, Cheney's words led Reps. Jim Jordan (R-OH) and Matt Gaetz (R-FL) to condemn her and state she should be stripped of her senior leadership position.

"The distinguishing characteristic of the House Republican Caucus right now is that whenever you say, 'Could they be that stupid?' the answer—always—is, 'Oh yes!'" Noonan wrote. "That is how to kill the party in American national life—the men make it clear that the woman can't be brave, that they rough her up because she stood on principle. This week, before the vote, Mr. Jordan was awarded the Medal of Freedom. I am not sure that great honor will ever recover. No press were allowed, but I'm sure the ceremony was elevated, like P.T. Barnum knighting Tom Thumb with a wooden sword in the center ring of the circus."

Noonan then delivered a warning to Republican senators who now hold Trump's impeachment in their hands: Be better than their House counterparts.

"It's time to demystify Donald Trump. He leaves the presidency disgraced. He is a diminishing asset: postpresidential power always wanes, and will especially in this case. He can't tweet his insta-attacks," she wrote. "In running in fear from him you are running from a corpse. And you'll never be safe anyway. Something wild has been let loose. So be brave. The Democrats want you tied to Mr. Trump forever. Stop, now.