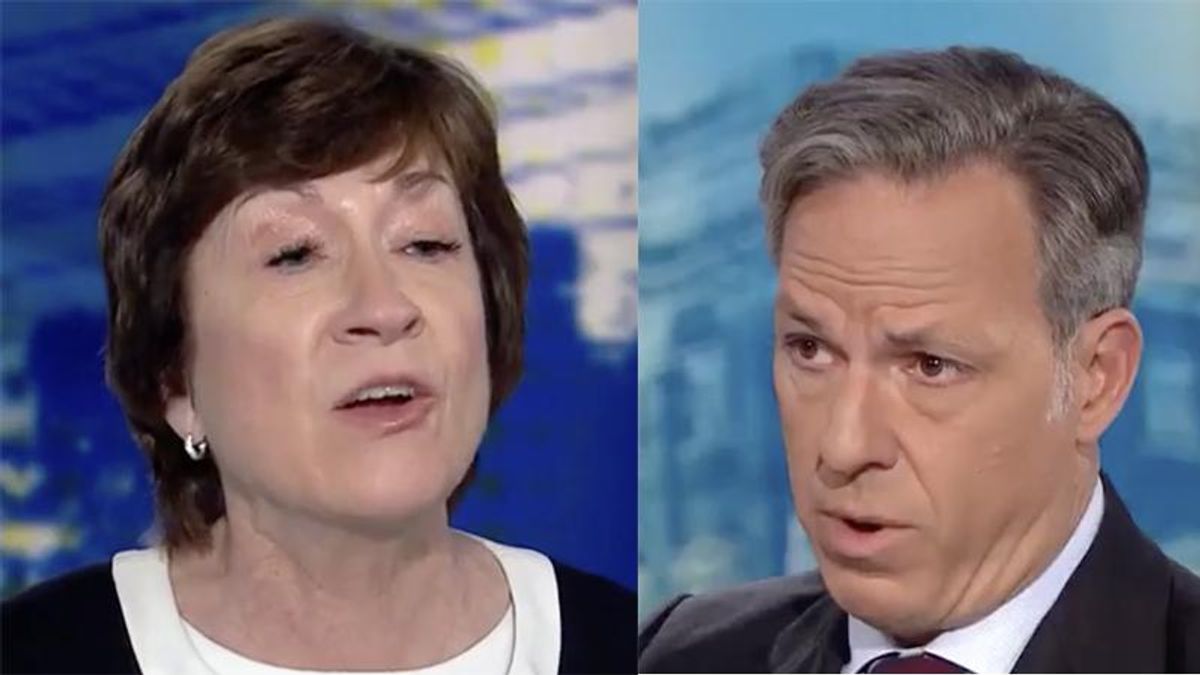 That was when Tapper pushed back.

"I fought very hard to have an independent, bipartisan, non-partisan outside commission to look at all of the events of that day and I'm very disappointed that it was not approved," Collins remarked. "I think it would have had far more credibility than Speaker Pelosi's partisan committee that she has set up but we should have had a 9/11 style commission to fully look at what happened."

"Yeah, uh, Mitch McConnell opposed it and that's why it didn't happen," Tapper shot back. He then pointed out, "There are two Republicans on the committee, [Rep. Liz] Cheney and [Rep. Adam] Kinzinger. Do you have faith in them?"

"I respect both of them but I do not think it was right for the speaker to decide which Republicans should be on the committee -- normally you have a select committee. The minority leader and the speaker get to pick the members," she attempted.

"Yeah, I mean, just -- the reason she did that is because at least two of the members McCarthy picked to be on the committee are election liars," Tapper reminded her before adding, "Jim Jordan is possibly a material witness. He spoke with Trump that day."

"There were many communications with President Trump that day," she began before switching gears away from Jordan and continuing, "Look, as you know, I believe that he -- that while the rioters are primarily responsible for what happened, there's no doubt in my mind that President Trump helped instigate and motivate the rioters and that's one reason I voted to impeach him. The hallmark of our democracy is the peaceful transfer of power, and for anyone, the rioters, the president, anyone to try to interfere with the electoral college count is completely unacceptable."