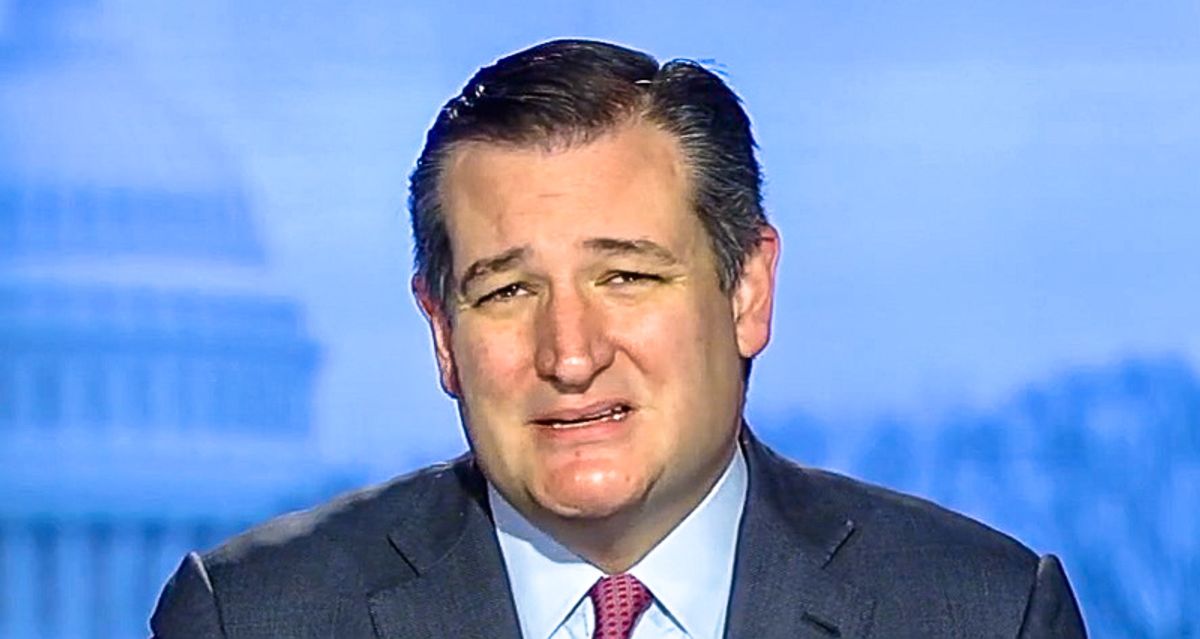 Sen. Ted Cruz (R-TX) recently came under fire for his response to Democratic proposals to reform the judiciary, saying, "You didn't see Republicans when we had control of the Senate try to rig the game. You didn't see us try to pack the court."

This is patently false, as Republicans went out of their way to manipulate Senate rules for years to ensure a right-wing majority on the high court, committing an unprecedented blockade of a Supreme Court seat until former President Donald Trump was in office, eliminating the judicial filibuster to give themselves a blank check on confirmations, and then forcing through another nomination with weeks to go before the 2020 election. All of which PolitiFact noted in their takedown of Cruz's lie.

But this fact-check rankled Steve Guest, the former rapid response director for the Republican National Committee and a Cruz adviser, who promptly took to Twitter to slam PolitiFact as "giving a platform for the left's Orwellian impulse."

PolitiFact is giving a platform for the left’s Orwellian impulse to redefine words. The consequence of redefining… https://t.co/mpodJvZZDi
— Steve Guest (@Steve Guest)1619557742.0

President Joe Biden has not yet endorsed the idea of adding more justices to the Supreme Court, preferring instead to wait until his presidential commission on the judiciary has completed its investigation.