Sen. Ted Cruz (R-TX) is facing ethical and legal investigations over his controversial decision to use campaign funds to hype his new book.

And the full extent of the scheme is not yet known.

"We don't know how extensive these violations might be because any similar ads that Cruz may have run on platforms other than Facebook or Google are not publicly available," Fischer explained. 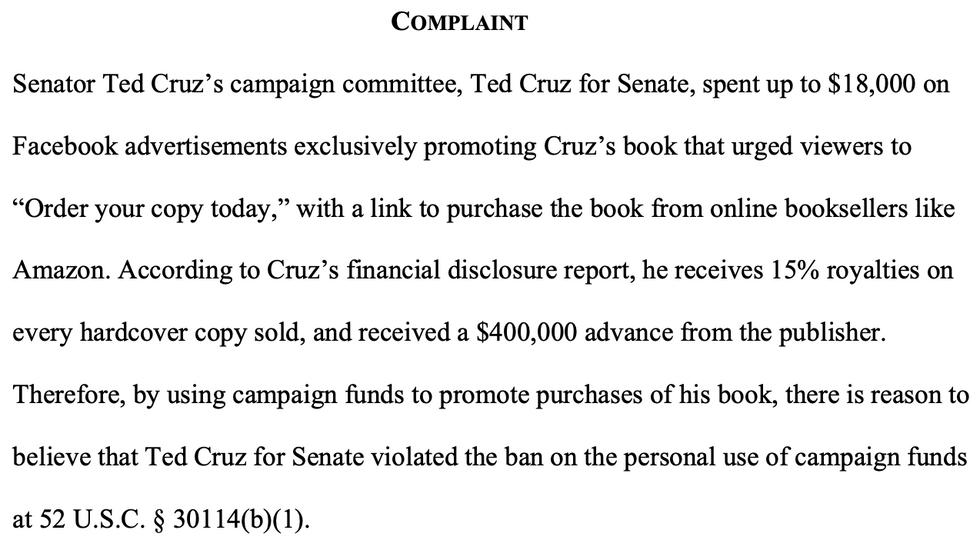