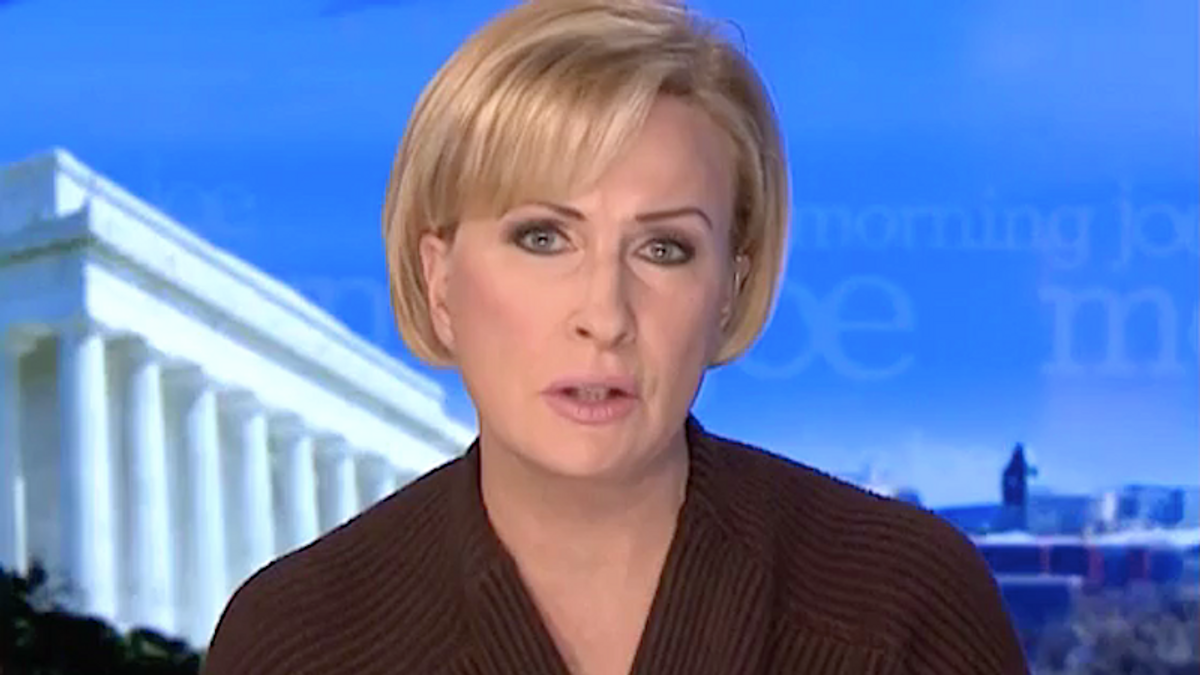 MSNBC's Mika Brzezinski ripped Sen. Ted Cruz (R-TX) for his failure of leadership during a deadly power outage in his home state.

The Texas Republican cut short his spur-of-the-moment vacation to Cancún last week under heavy criticism as winter weather left millions of his constituents without power, and he staged a photo opportunity over the weekend to demonstrate his concern for the crisis.

"Speaking of leadership, Ted Cruz, when his house was freezing, just like the people who died -- a woman who was found in her backyard, the man found in his house, the little boy who died in his home -- Ted Cruz left his freezing house and went to Cancún. Now the senator [is] seemingly in damage control mode after rushing back and posting photos over the weekend of himself loading water into Texans' cars with the hashtag #Texasstrong. Are you kidding me? Many online criticized the move as simply a photo-op, obviously it is."

'He wasn't planning on being there, he was going to be on the beach with his family," she added. "Some pointing out he broke quarantine protocol after traveling international."

Brzezinski called out Cruz for dereliction of duty, and former Republican National Committee chairman Michael Steele isn't sure he'll be able to get away with it.

"The immediate response from Texans is severe, severe enough to get him back on a plane less than 12 hours after he left the state," Steele said. "The idea that [his] intention was to always just go drop [his] family off and come back belied by the facts. No, you booked a ticket right through the weekend, you asked your college roommate to come join you -- he got on a plane and flew to Cancún as well. I'm sure you didn't invite this brother to babysit your family while you came back to Texas, so the narrative is not a good narrative is not good photo ops.

"How does this bore into the soul of a lot of Texans who watched their leadership fail them at a very critical moment?" Steele added. "They can relate back to 2011 and to 1999 for sure, but the reality is this moment where you have an 11-year-old kid who lost his life. You have the elderly, 69-year-old individual loses their life because of this storm, and the image, juxtaposed image of your senator getting on a plane in his blue jeans and cut-off sleeve shirt to go to a warmer climate while you have to figure out not only how to find water and resources for your family, but to save your own life. The fact that Beto O'Rourke and Alexandria Ocasio-Cortez raised $5 million in the face of this just again slams into the Cruz narrative of lack of interest and care for the very people in his own state."