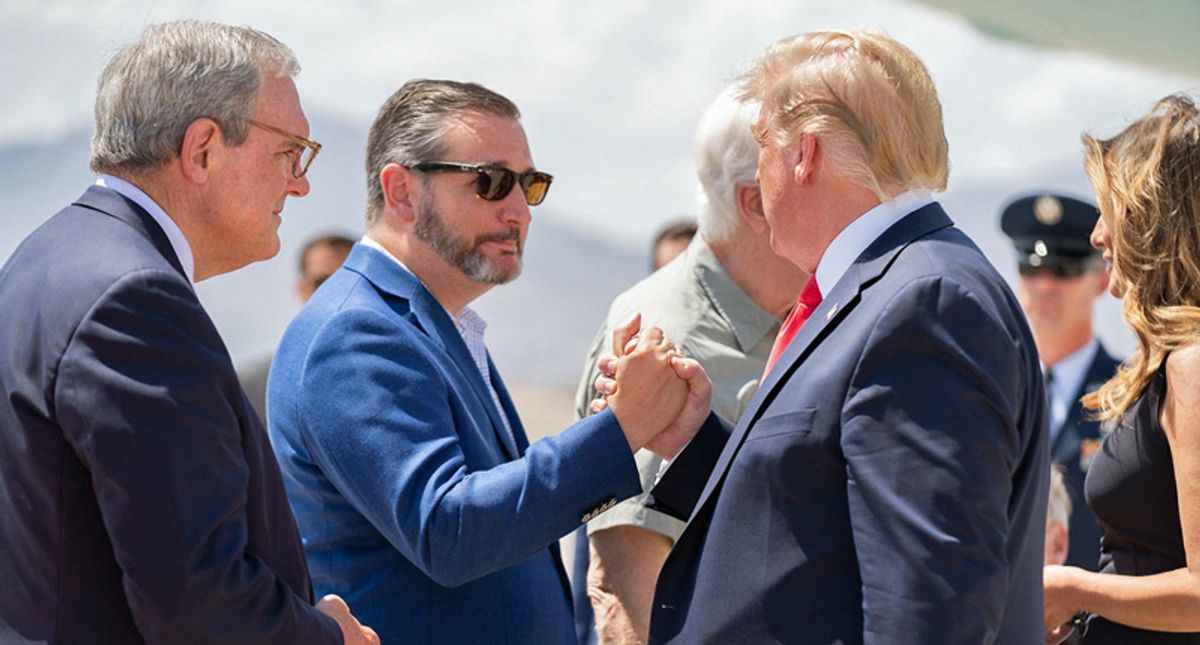 Sen. Ted Cruz (R-TX) was in Georgia over the weekend to help Republican Sens. Kelly Loeffler and David Perdue campaign to keep their seats in the Senate. While Cruz was out and about in the state, news broke of President Donald Trump attempting to extort the Republican Georgia secretary of state.

When asked about it, Cruze dismissed it as not important and likely a media distraction.

"I get the media wants to report all sorts of things and get everyone distracted by whatever else is going on," Cruz said.

In Georgia today, when asked about the Trump/Raffensperger tape or the January 6 challenge, Cruz refused to discuss… https://t.co/F1SFBRW16g
— Dave Weigel (@Dave Weigel)1609705903.0

The senator decided that he would support Trump's attempt to overthrow the 2020 election by nullifying the election results in states that the president doesn't like.

It's a shift from Cruz's claim in 2016 that he would never become a "servile puppy dog" to Trump. That has dramatically shifted in the four years that followed.

"I am not in the habit of supporting people who attack my wife and attack my father," said Cruz.