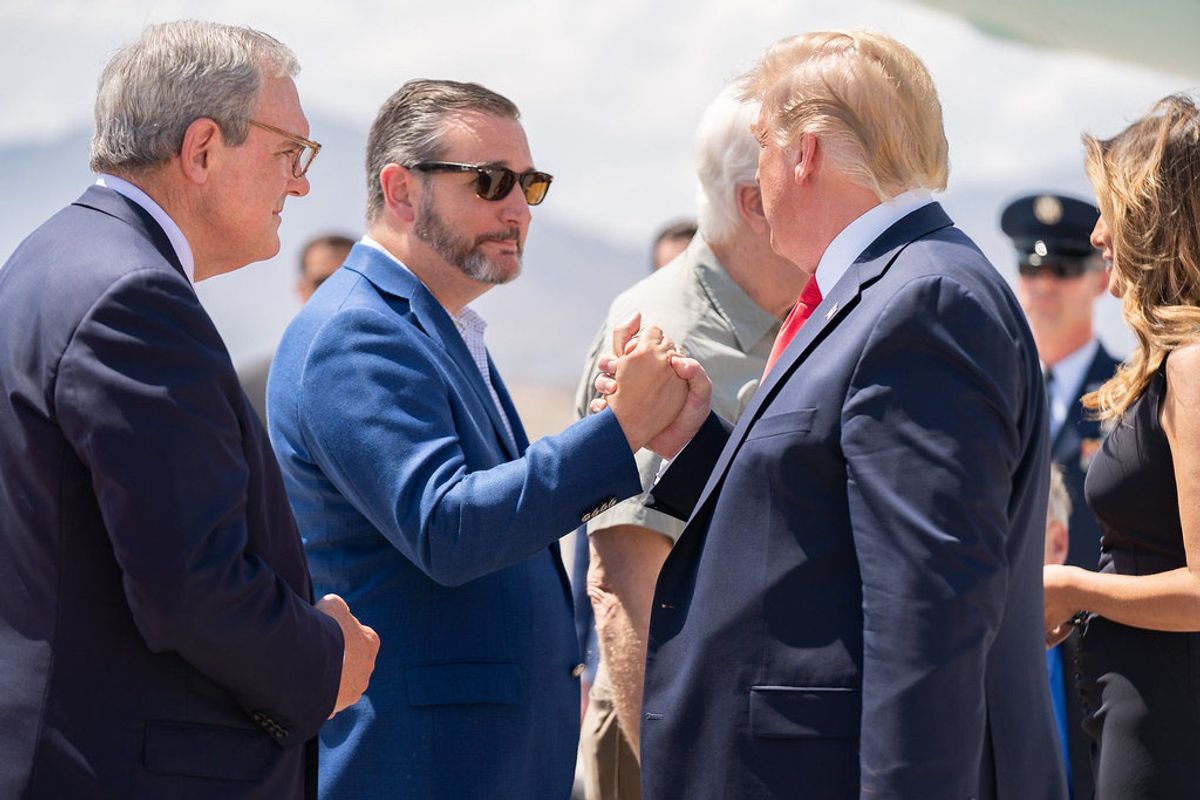 Sen. Ted Cruz (R-TX) was slammed on Saturday as "treasonous garbage" after announcing that ten Republican senators would join his effort to ignore the outcome of the 2020 presidential election.

The election was won by President-elect Joe Biden, but Trump and some Republicans have been scheming to attempt to ignore the will of the voters and end democracy in America.

The shenanigans Cruz is attempting reminded some of comments the Texas senator made in 2016, after Trump defeated him for the GOP nomination after suggesting his father played a role in the assassination of John F. Kennedy and saying that his wife was ugly.

Back then, Cruz vowed he would not become a "servile puppy dog" for Trump.

After the comments resurfaced on Twitter, former Rep. Joe Walsh (R-IL) mocked Cruz for failing to keep his promise.